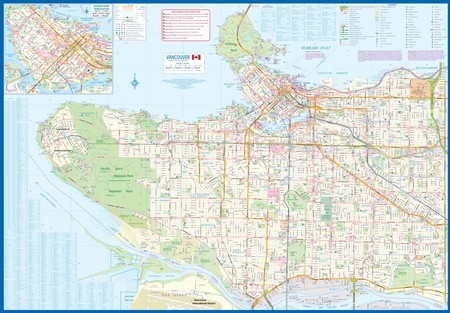 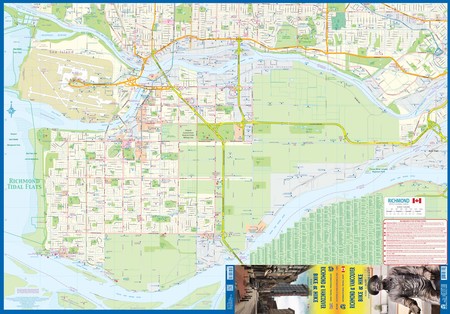 Vancouver consists of 23 municipalities loosely linked together. There is no such thing as Metropolitan Vancouver, but there is a regional council of mayors that co-ordinates water supply and similar features necessary to an overall urban area that stretched for a hundred kilometers and houses two and a half million people. Richmond is an island in the middle of the Fraser River housing the city’s international airport, most of its restaurants, most of Canada’s blueberry crop, and housing for over 200,000 people – and growing. The city has not had a travel map until now, and while the international market potential may seem low, Richmond is more important than one might think. Its YVR international airport is the gateway to Asia, with more flights than any other North American airport. It is the largest Asian city outside of Asia, hosting over 800 restaurants. The Reifel Island Bird Sanctuary is the winter home of 30,000,000 Siberian Snow Geese. Steveston is the west coast’s fishing port and the site of the world’s largest cannery (now a national museum). It is also the home of ITMB, the little company that could. This map is double-sided, with Richmond gracing side A and Vancouver City side B. The map focuses on air, rapid transit, road, bicycle, and pedestrian travel. Naturally, the Vancouver side is more intensely developed, having the university, Pacific Spirit Regional Park, the famous Stanley Park, and the downtown area. The Richmond side focuses on the airport, the protected agricultural lands, and its many hiking & biking trails. We are mapping the Vancouver area one portion at a time, because the urban area is far too spread out to fit on one map. We have had a map of the City of Vancouver for some years, and recently added a title covering the Northshore communities of North and West Vancouver, Mapping Richmond proved to be difficult, because no data base existed, but now it has been done. Lan is now working on the municipalities immediately east of the City. 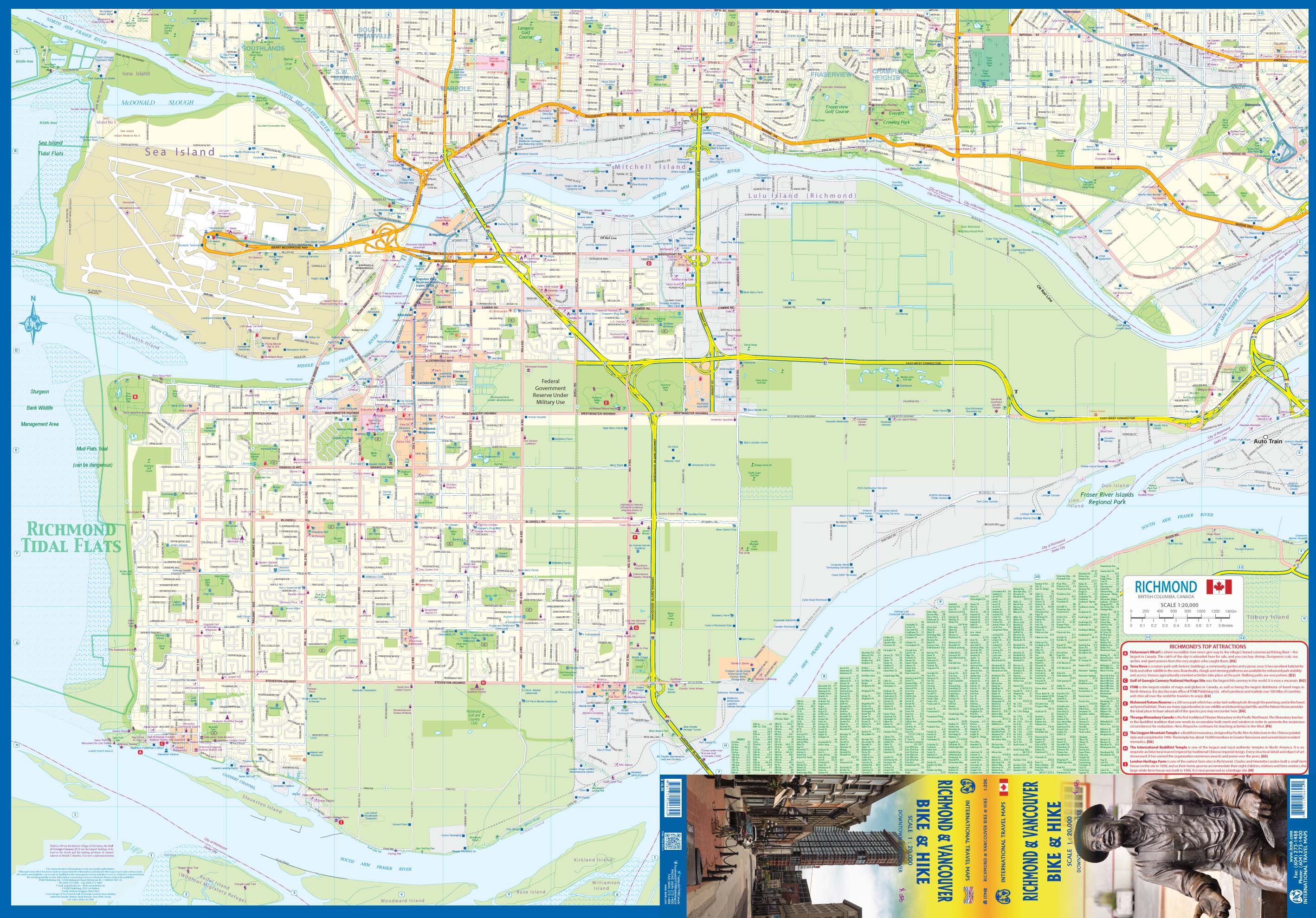 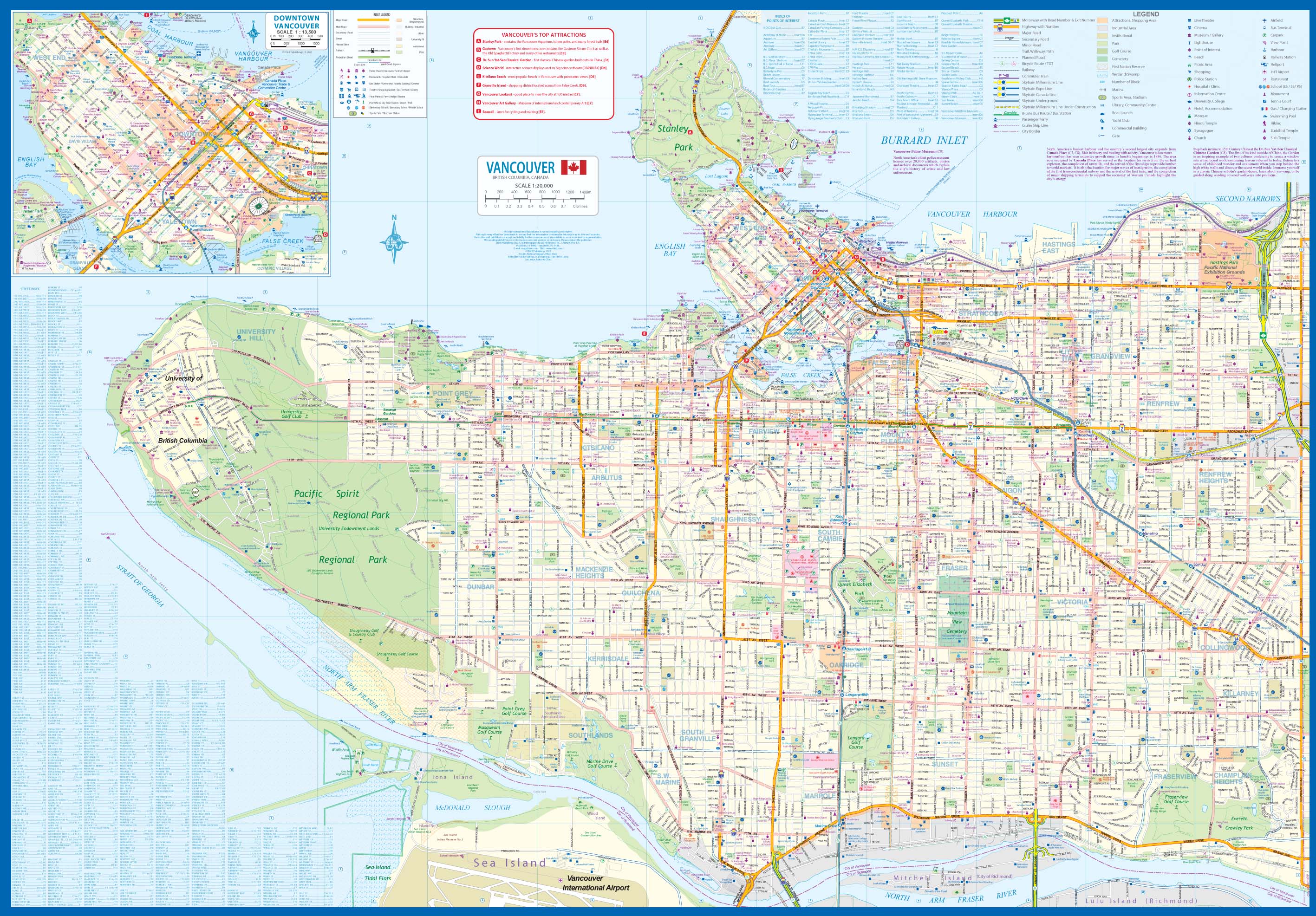