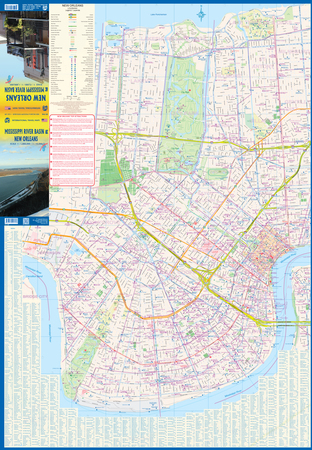 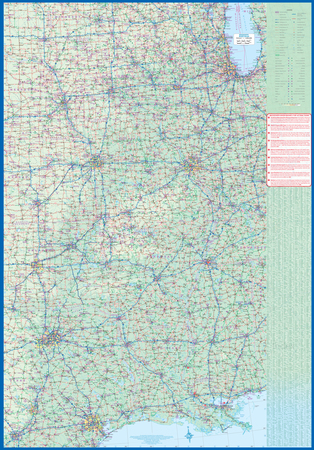 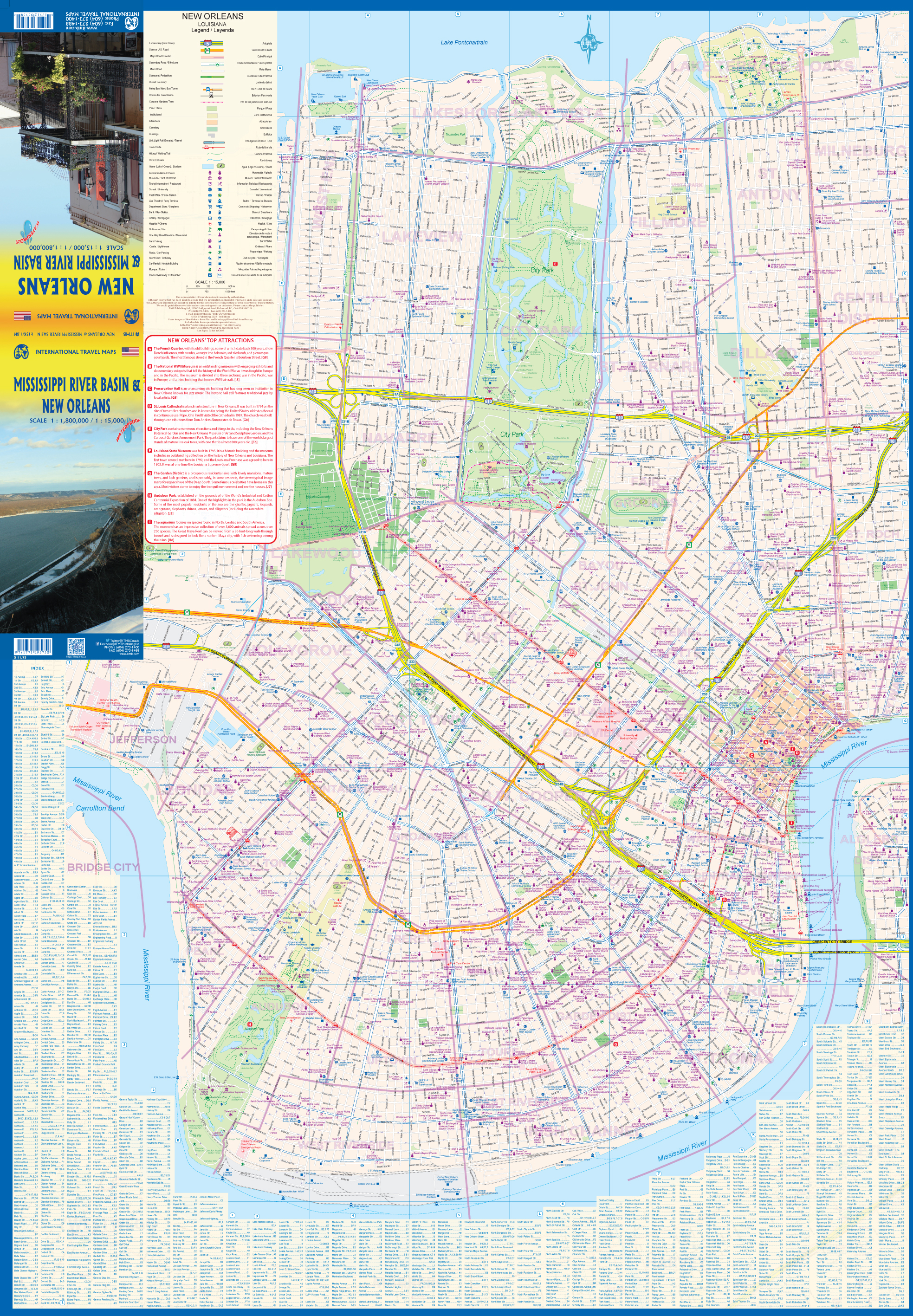 ITMB is pleased to continue its detailed coverage of the USA with its first-ever map of the historic City of New Orleans. The urban area was settled by the French, and was the capital of the vast Louisiana Territory for many years. Napoleon, needing money to fight his many wars, sold the colony to the USA, in 1803, doubling the size of the new American nation overnight. The French Quarter, with buildings dating back 300 years, is the heart of the city and home to dozens of jazz emporiums. The British expulsion of the Acadians from what is now the Canadian provinces of Nova Scotia and New Brunswick, added a vibrant component to the city, creating the concept of the Cajuns. The oldest cathedral in the USA, St Louis, has dominated the city's skyline since 1794, opened just as the French Revolution was at its height. The city offers much more than just music, however, The Louisiana State Museum is where the agreement to Purchase the colony was made. The National WW2 Museum is a great repository of artifacts from the war. The residential Garden District is loaded with historic mansions - but face it, we all go to Big Ol to enjoy jazz and eat seafood, don't we? The reverse side of the sheet is one of those unique maps ITMB enjoys preparing. The Louisiana Territory was essentially the river basin of the Mississippi River. On this side, we have portrayed the heartland of America. It has many names: The Mid-West, the Great Plains, the vast interior of America. Our map goes as far north as Milwaukee, Minnesota and as far west as Omaha, Nebraska, but is essentially a map of the great Mississippi River as it moves south through Dubuque to St. Louis, to Memphis, Vicksburg, and Natchez, to flow into the Gulf of Mexico; truly a magnificent map. 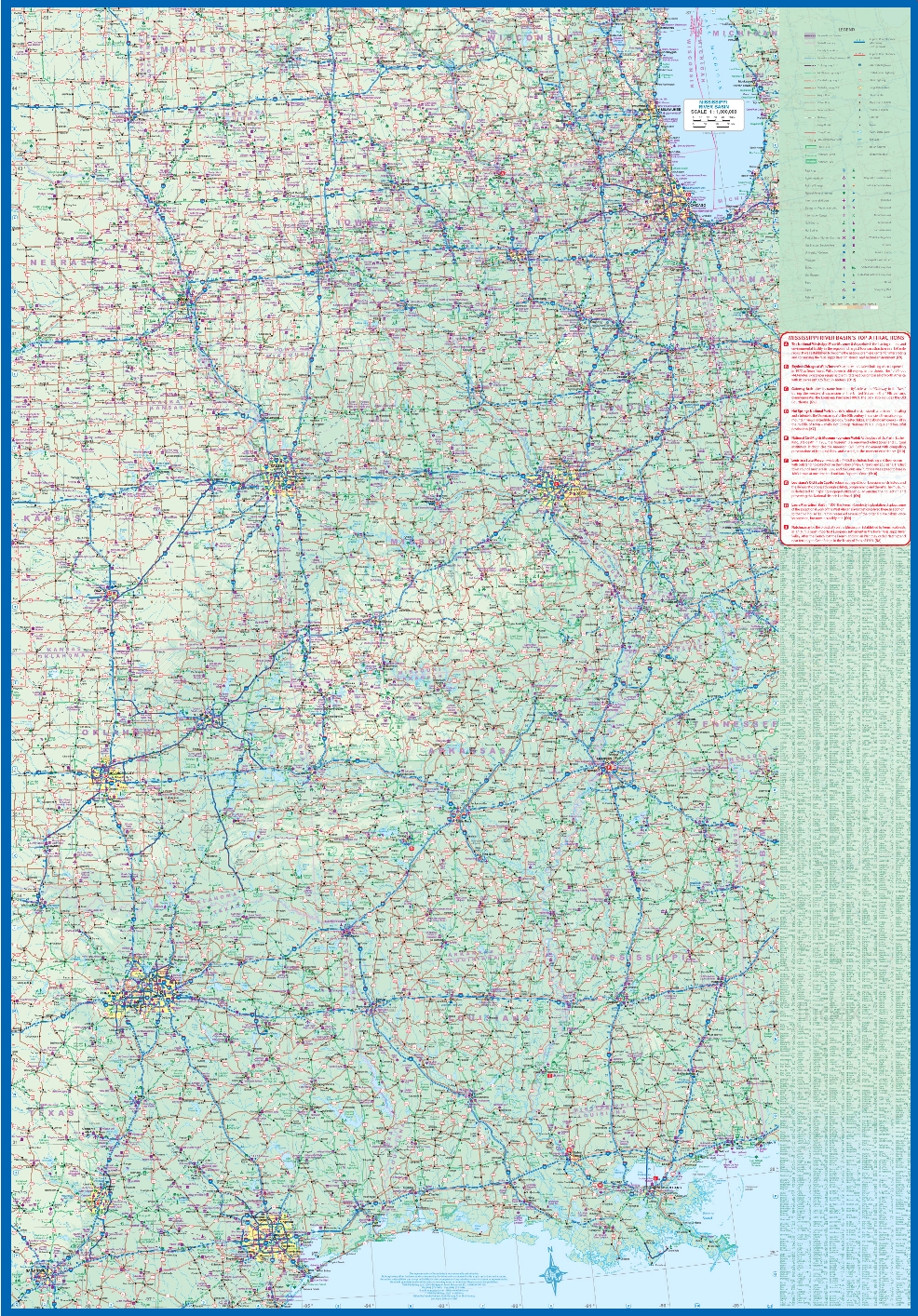