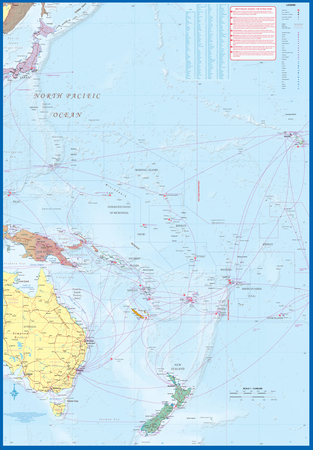 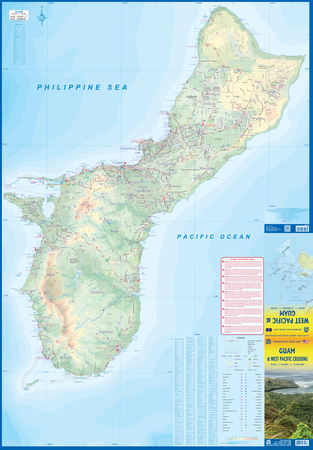 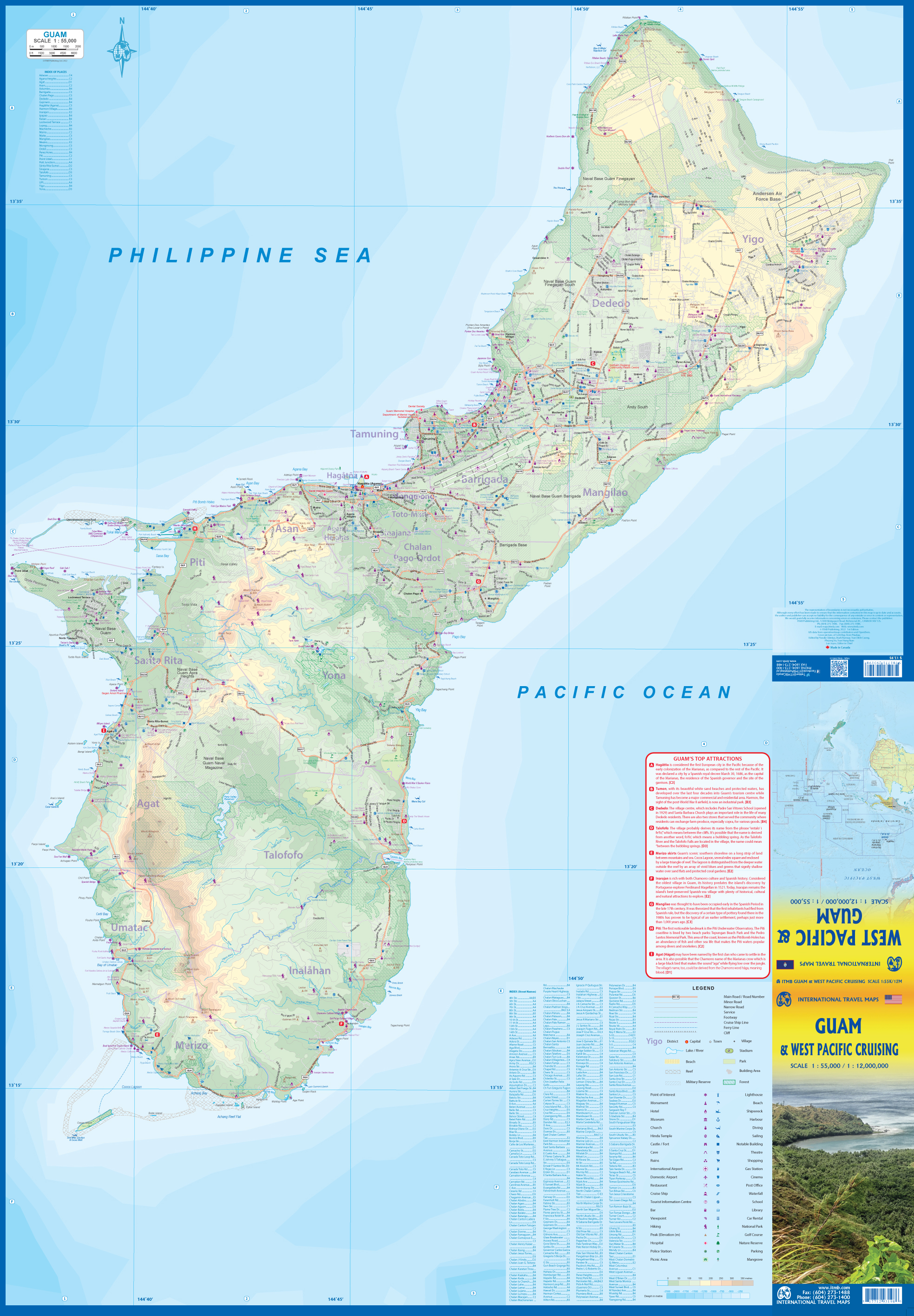 We are very pleased to be (finally) able to publish the first travel map of the island of Guam. Certainly, this is the only map of Guam by any major cartographic publishing house. Here are some details: Guam is a north-south island considerably north of New Guinea, and forms part of the American-held group of islands known as the Northern Marianas. Its capital is Hagatna, and the main town is called Tamuning. The island has a well-developed international airport in the middle portion of the island, with a large US military airbase in the northeast corner. The vast majority of the island is touristic, and well worth a visit. The island was "discovered" by Ferdinand Magellan in 1521, and Hagatna is the oldest "European" city in the Pacific, dating from 1686. The town of Inarajan retains a decidedly Spanish appearance to this day. Other attractions include Tumon Beach and its many resorts, the Piti Underwater Observatory, and the famous Cocos Island dive wall. This is a double-sided map, with the Western Pacific Cruising map gracing the second side of the page. This side covers several island entities, and stretches from Australia in the south to Japan in the north and as far to the east as Hawaii and the Cook Islands, so includes such popular cruise destinations as Fiji, Tonga, New Caledonia, the Solomons, Papua, Samoa, Kiribati, and the Marshall Islands. It makes a lovely wall map!