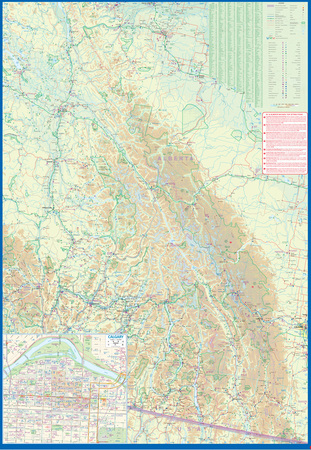 The Rocky Mountain chain forms the boundary between the Canadian provinces of Alberta and British Columbia. There are only three passes through the mountain chain, which somewhat isolates BC from the rest of Canada (a mixed blessing). The Rockies are also the paramount travel attraction of Canada, nice though our many lakes, waterfalls, and cities happen to be. This double-sided map covers the three national parks of Banff, Jasper, and Yoho, and several provincial parks on both sides of the border, which also forms the continental divide between rivers flowing to the Pacific or to the Atlantic, covering from Calgary to the northern portion of the Fraser Canyon on one side, and the more northerly stretch of the Rockies from Fort St. John to the Yukon. Good inset maps of Calgary, Banff, Jasper, and Lake Louise are included. The focus of this map is its many recreational opportunities, with an emphasis on campgrounds, ski areas, historic sites, and secondary roads. The area of coverage is vast; the size of Western Europe, and straddles two time zones. 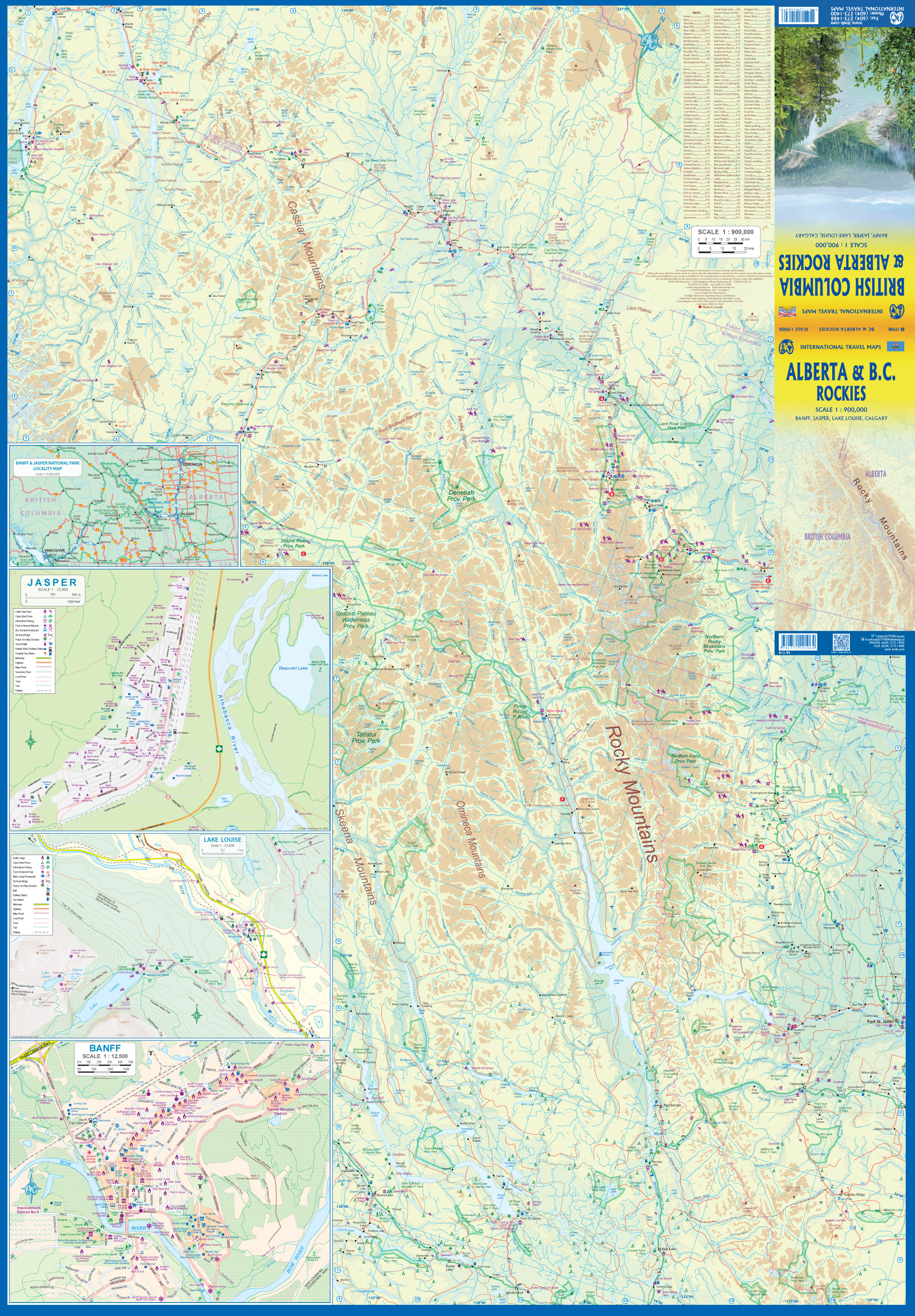 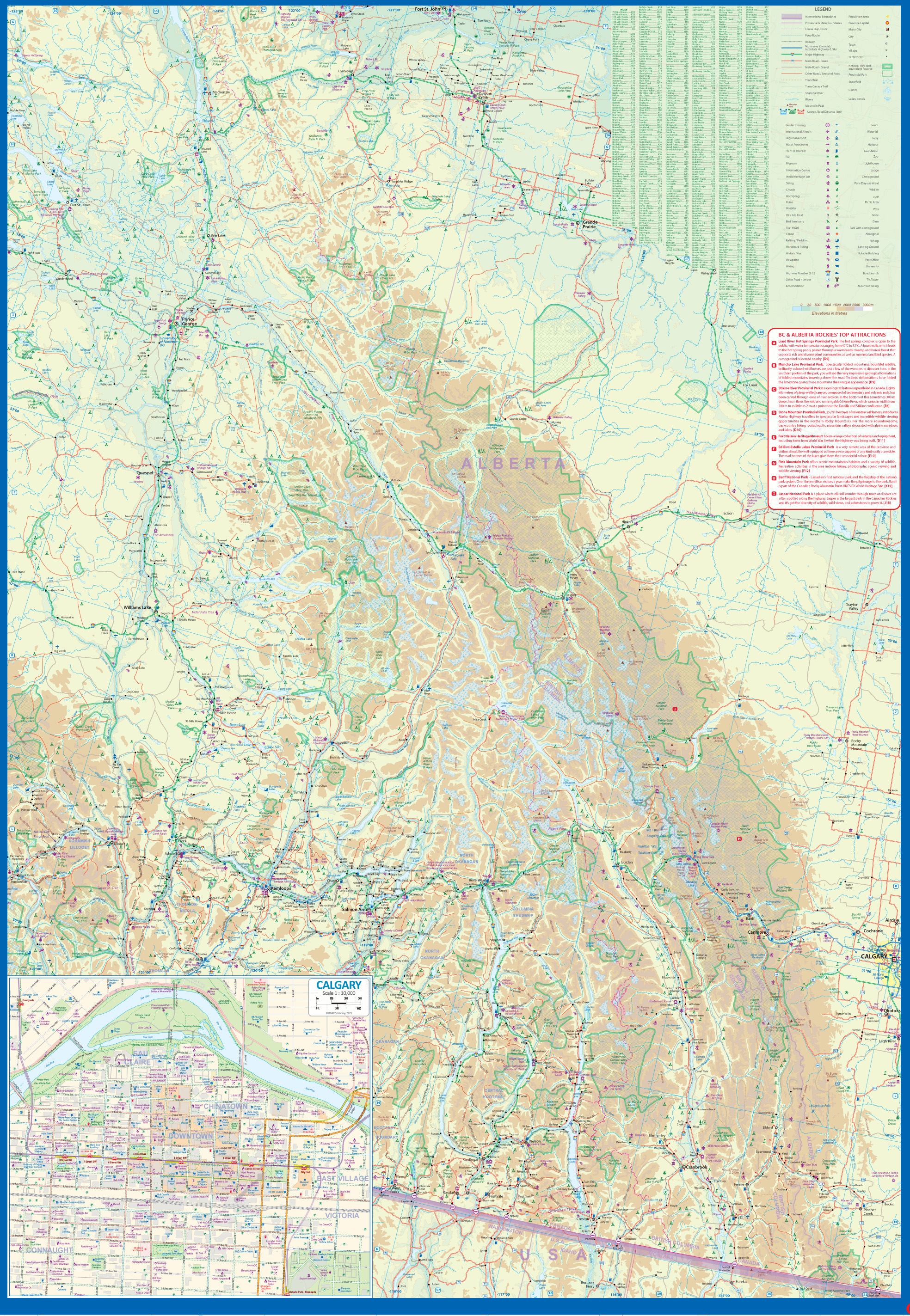