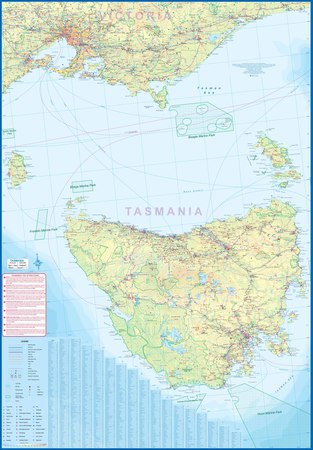 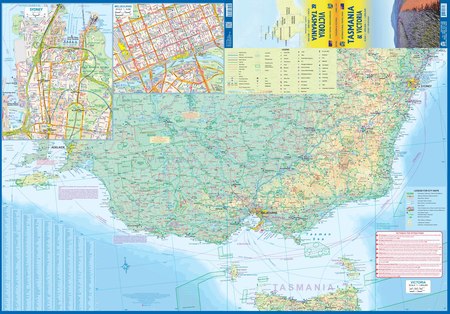 The island of Tasmania is Australia’s smallest state, but is packed with touristic delights. Hobart is the capital and a charming Victorian city in the south of the island. Much of the west coast is a large nature preserve with limited access and most development is close to the northern shore, centred on Devonport and its ferry connections with Melbourne, in Victoria State. Tasmania also administers several offshore islands, such as King, Flinders, and Bruny. We have included a Top Attractions listing for the reader to enjoy. The other side of the sheet is the Australian mainland state of Victoria, best known as the home of Melbourne and the beautiful coastal highway to Adelaide. A basic inset map of Melbourne is included, but the focus of the map is on the recreational opportunities offered by the mountainous areas between Melbourne and Sydney, as well as the many interesting byways leading to towns with exotic names like Bendigo, Wngaratta, or Wagga Wagga. For convenience, the map area has been extended north to include Sydney, and an inset map of Sydney included. This map completes our coverage of each individual state, as well as of the country. 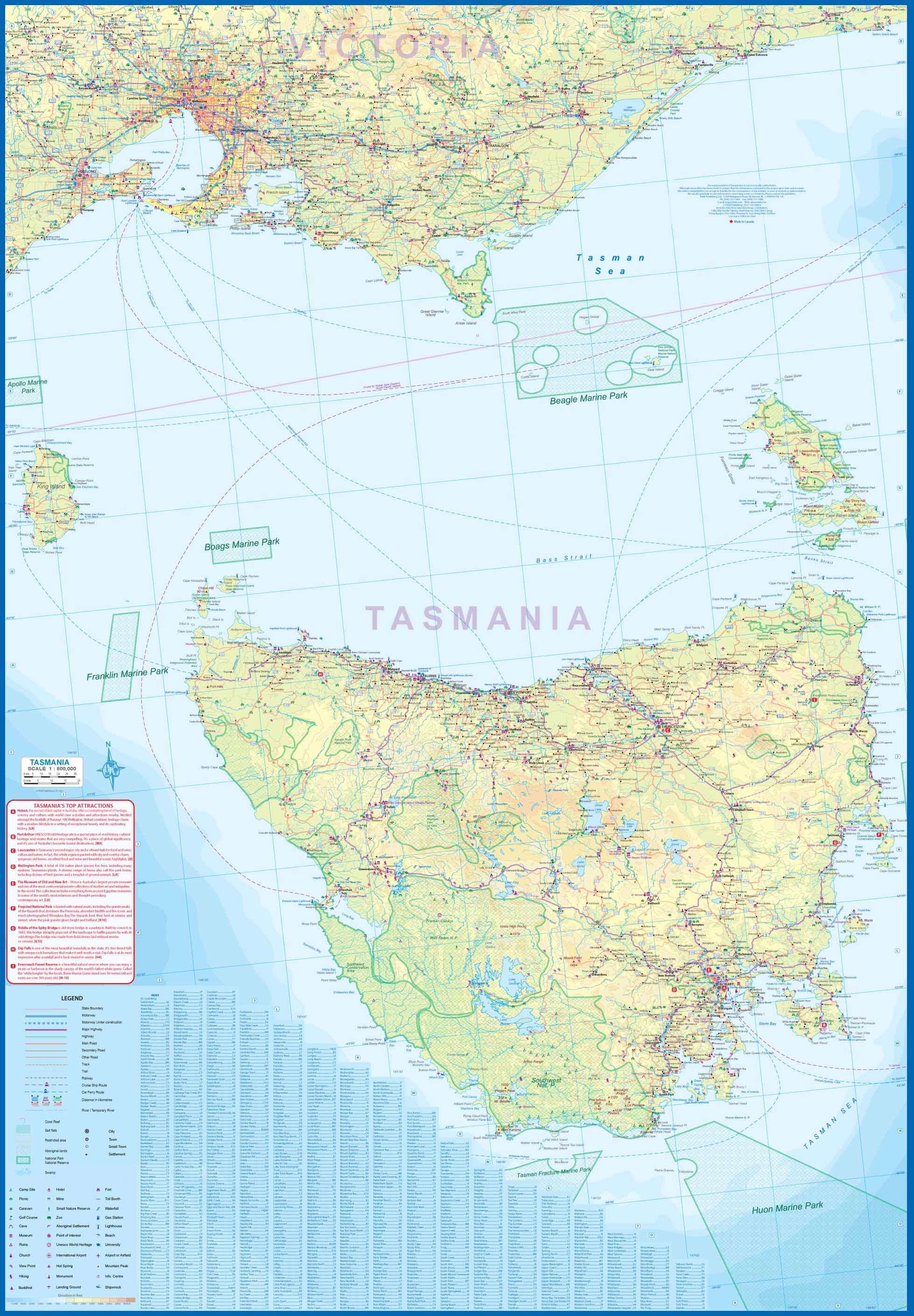 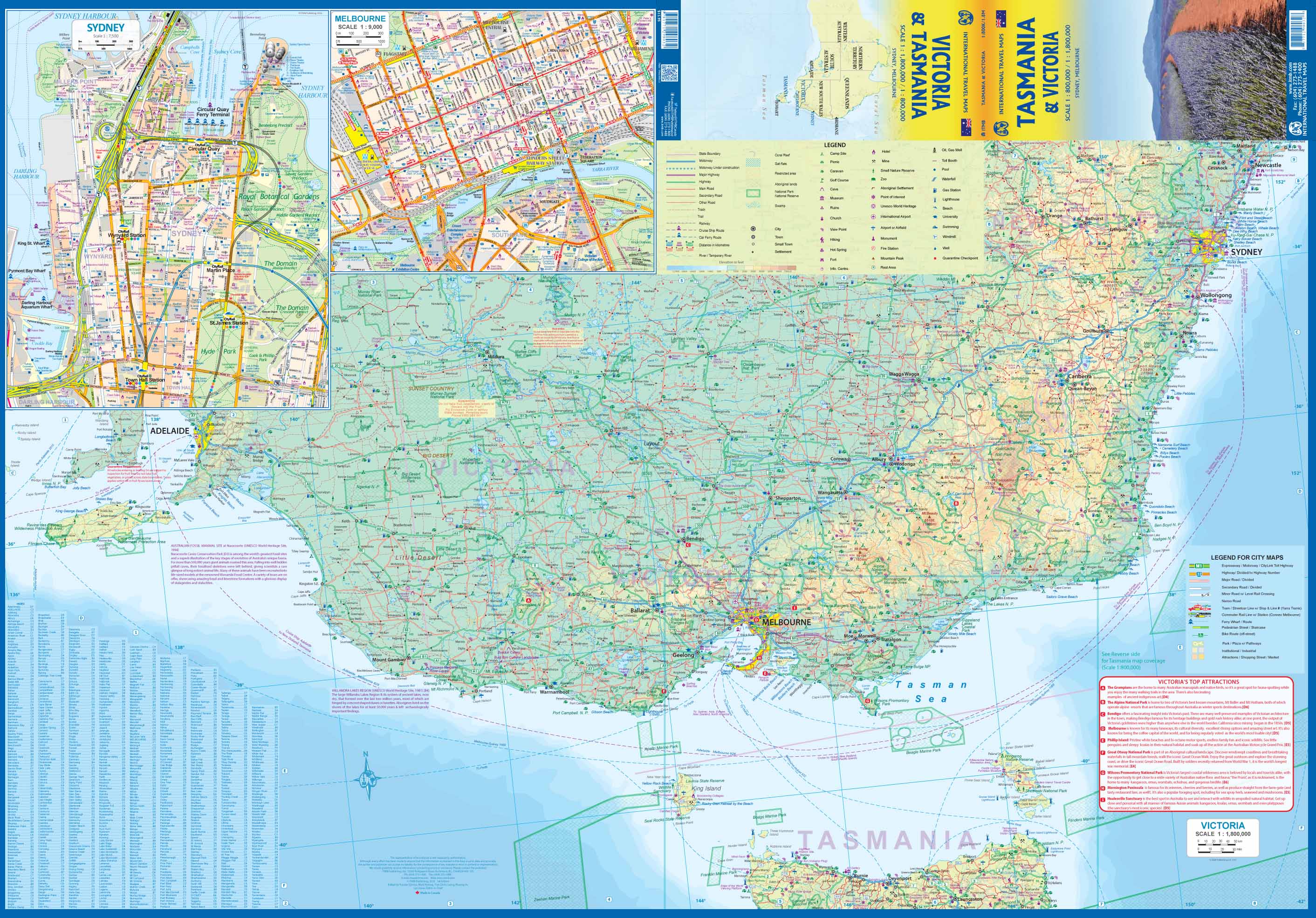