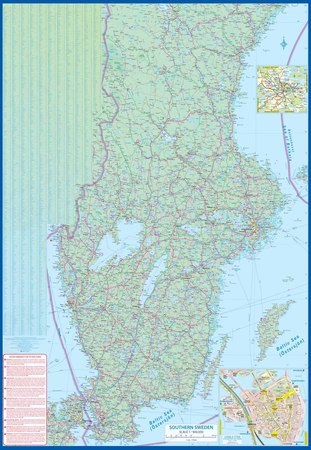 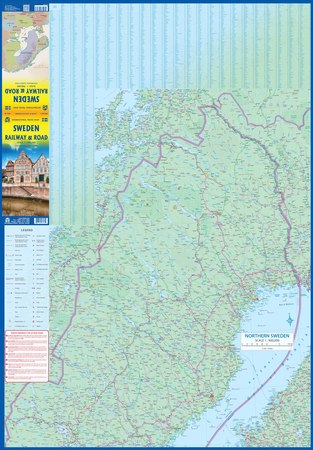 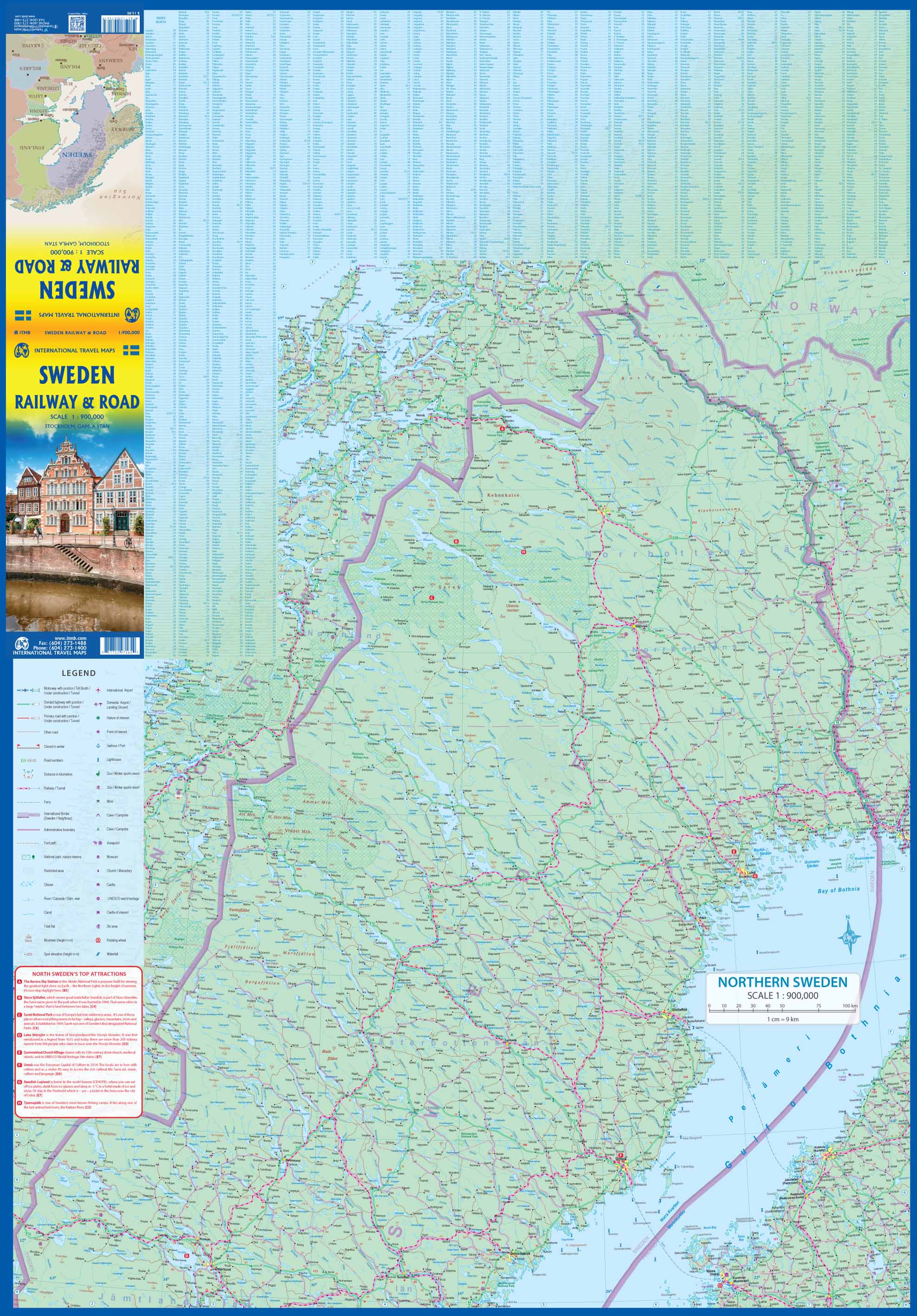 Scandinavia is increasingly popular with visitors. Sweden is no exception. We are pleased that our version of the country is providing to be popular and hope that our third edition meets with success. As usual, this is a double-sided map, with the northern half of Sweden on one side and the southern on the other. The country is quite large geographically, so it effectively fills both sides, with a small portion of Denmark being included and an inset of the old town of Stockholm being provided. As with all ITMB maps, the road network is well-portrayed by quality of surface condition, with motorways in blue and main roads in magenta. Heights of land are shown by hypsometric colouring, though most of the country consists of gently rolling hills. Ferries, touristic sites, major parks, and off-islands (such as Gotland) are shown in excellent detail. The most notable change in this edition is the emphasis we have placed on the rail network of Sweden. The country is blessed with a first-rate railway network joining hundreds of local communities. In line with the EU's support for encouraging travel by rail, we are pleased to be the first publishing house to provie a map encouraging such eco-tourism. One can travel easily by train from Copenhagen to Stockholm to Narvik in northern Norway by train. 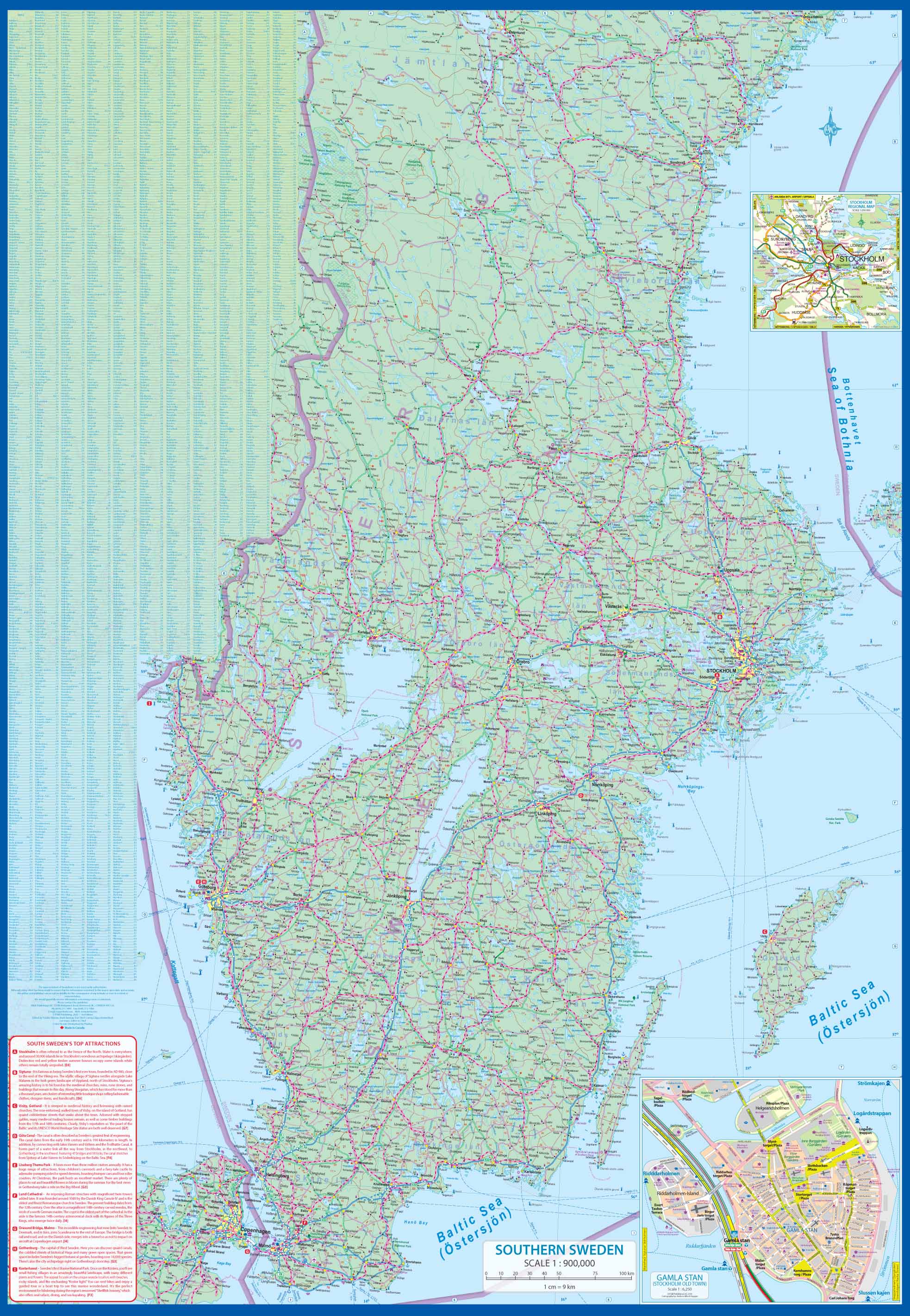