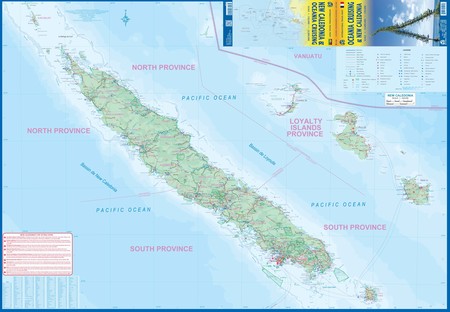 The South Pacific island complex known as New Caledonia, or Nouvelle Caledonie in French, consists of a main island and half a dozen smaller islands (collectively called the Loyalty Islands. It is an overseas possession of France and uses the Euro as its currency. It is located about halfway between Australia and Fiji and is south of Vanuatu. The main island is one of the larger land masses in the Pacific, with a reasonably well-developed road infrastructure linking the capital city of Naomea with other urban areas. There are resort hotels at various locations along the coastline, but this is a territory that one would have to regard as being adventuresome. Most of the attractions are concentrated in the vicinity of the capital. The islands were important surveillance zones during WW2, and the territory is popular with Australians and New Zealanders. The reverse side of the sheet portrays the South Pacific for cruising, covering from Hawaii to the Marianas, down to New Guinea, and includes the eastern half of Australia, all of New Zealand, American Samoa, Fiji, and Tonga in the centre, with Tuvalu, Kiribati, and the Marshall Islands to the north and the Cook Islands and Tahiti to the east. This is an increasingly popular part of the world for cruise ship activity, as it combines affluent population areas in Australasia and the USA with exotic, but safe, travel destinations that are expensive to reach by any means except cruise ships. This is a brand new title for ITMB and expands our coverage of both the southern portions of the Pacific with yet another first-time map. 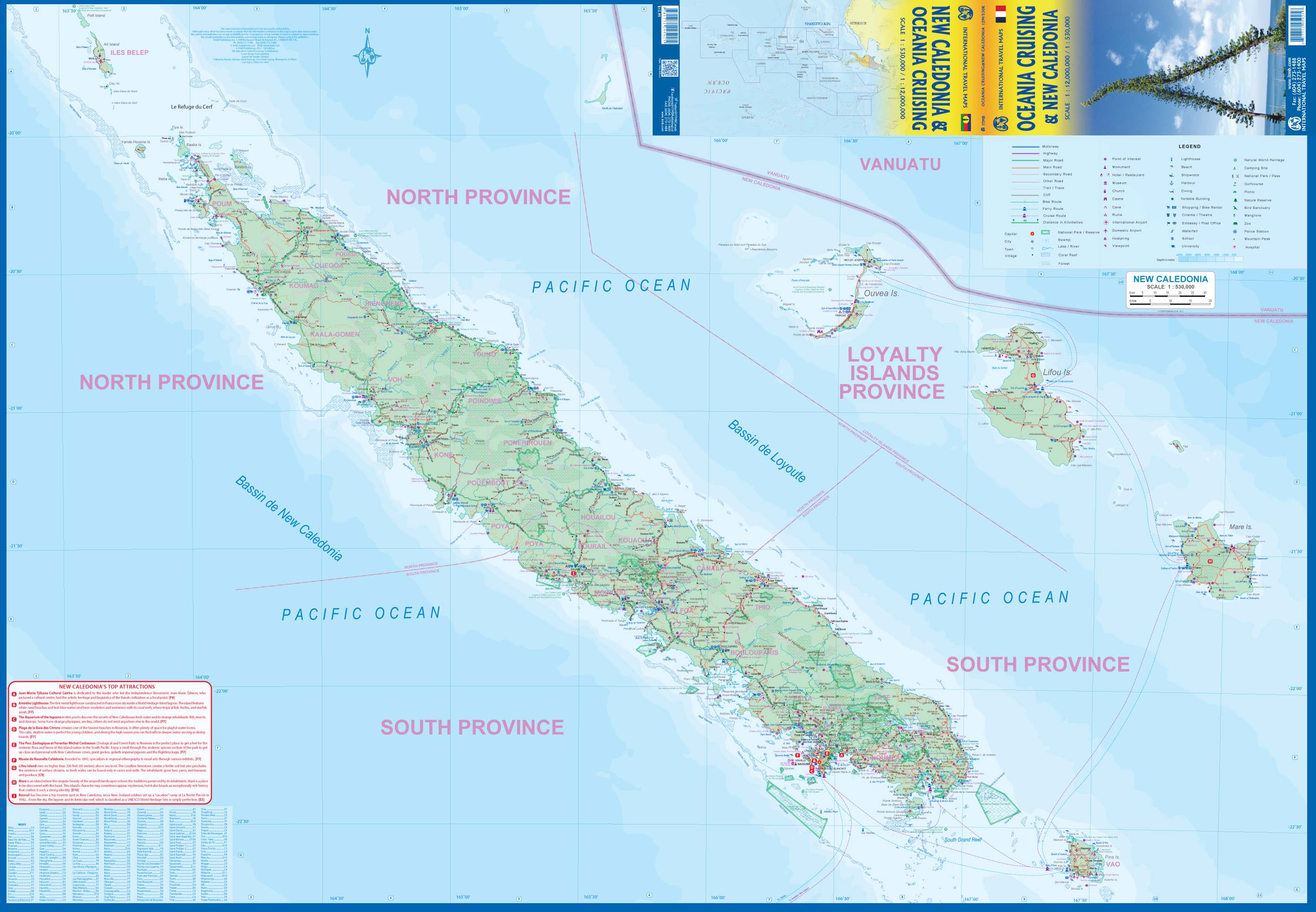