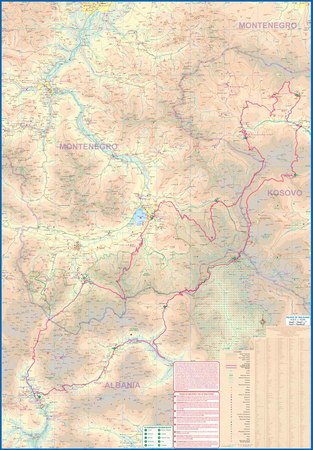 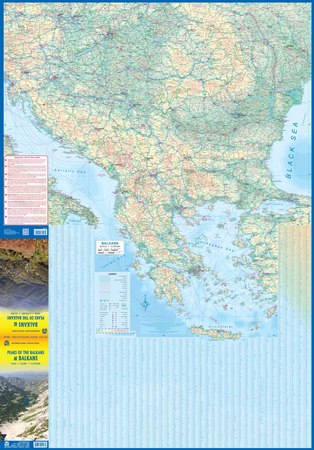 The portion of Europe east of the Adriatic and west of the Black Sea and south of the Alps has traditionally formed the region known as the Balkan States. This includes the former Yugoslavian states of Slovenia, Slovakia, Croatia, Montenegro, Bosnia Herzegovina, Kosovo, Serbia, and Northern Macedonia, as well as Albania, Hungary, Romania, and Bulgaria. Due to its shape, a large portion of Greece, and a bit of Turkey also are included. This is a new area of mapping for us, resulting from numerous visits to the region It is essentially a road map, as the rail network is weak, although rail lines carrying passengers are shown. Nice though the regional map is, its strength lies in the hiking map of the Peaks of the Balkans on the other side. This detailed map is centred on eastern Montenegro, northern Albania, and western Kosovo. The ten major hiking routes are shown in pink, and there are numerous secondary routes one can explore. This is a growing touristic destination for those seeking a semi-wilderness area for enjoyment, while remaining in Europe, and is becoming quite popular. Accommodations are comprehensively shown, as well as campsites. Contouring is shown, and many peaks are noted. It should be stated that, as these paths cross international borders, hikers should keep their passports handy for inspection. 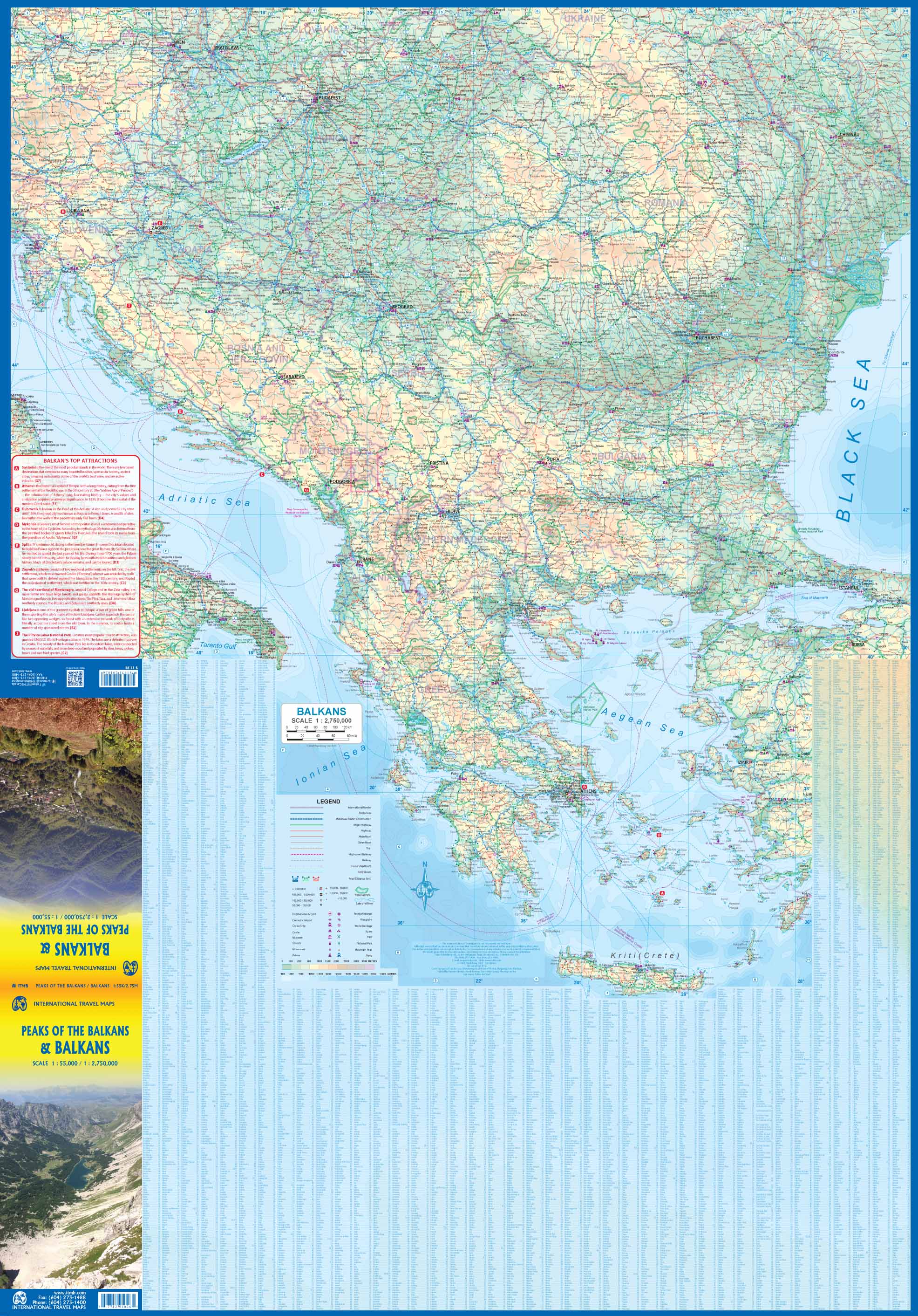