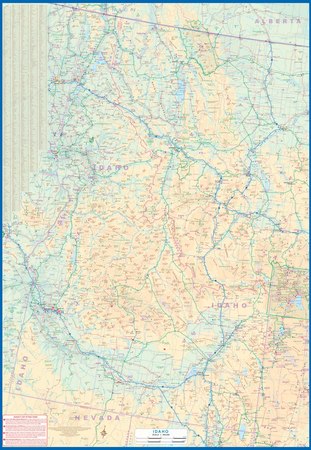 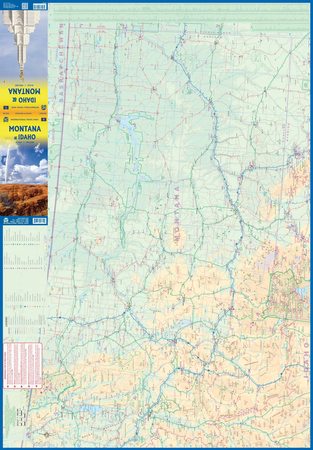 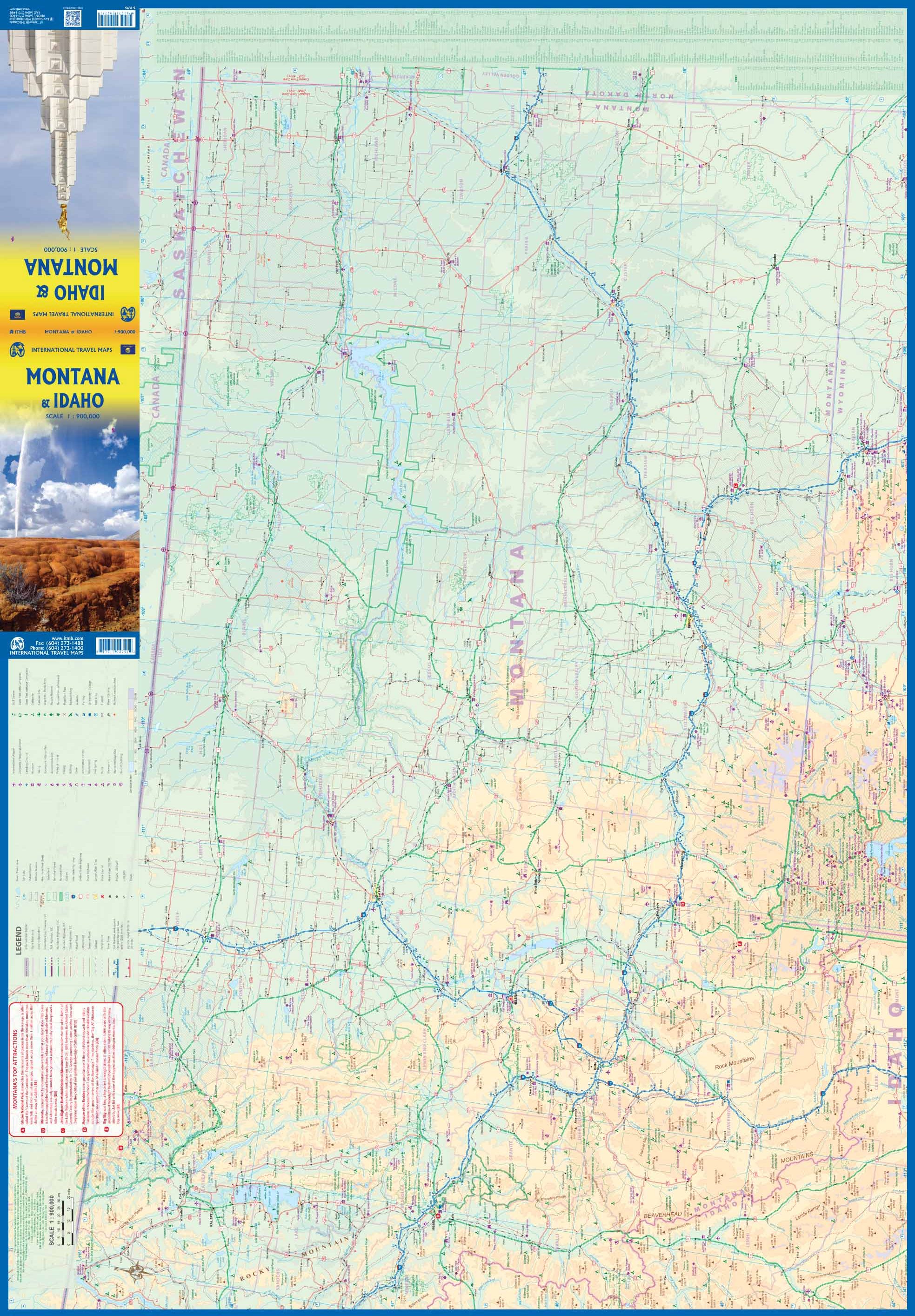 1st Edition ITMB is pleased to release two more state maps, this time of Montana on one side, and adjacent Idaho on the other side. Montana prides itself on being the ‘blue sky’ state. Due to its high elevation, the sky does appear to be a darker shade of blue than is common in areas closer to the ocean. The state is lightly populated, so much of its attractiveness rests with natural features, such as Glacier National Park on the Canadian border, and Yellowstone National Park on the Wyoming border. The state is also perfect camping country, and our map includes dozens of authorized campsites. It also includes the national heritage site of Little Big Horn, where Lt. Colonel Custer and the US 7th Cavalry were massacred after foolishly attacking a vastly larger encampment of Sioux and Cheyenne first nations people under the leadership of Sitting Bull. The second side of the map portrays the State of Idaho, an equally large geographic area lightly populated. The terrain is quite mountainous, but is ideal for growing potatoes. The northern portion of the state is a narrow neck used mostly to get between Washington State and Montana, but the southern half encompasses the Snake River Valley. As with Montana, outdoor recreation is the main attraction, with dozens of parks and campsites. Coeur d’Alene, the main town in the north, is actually a corruption of Coeur de Lion, named after a French Canadian fur trapper who lived in the area many years ago. The map also has two different covers, one for each state, so can be displayed in two different areas of a store. 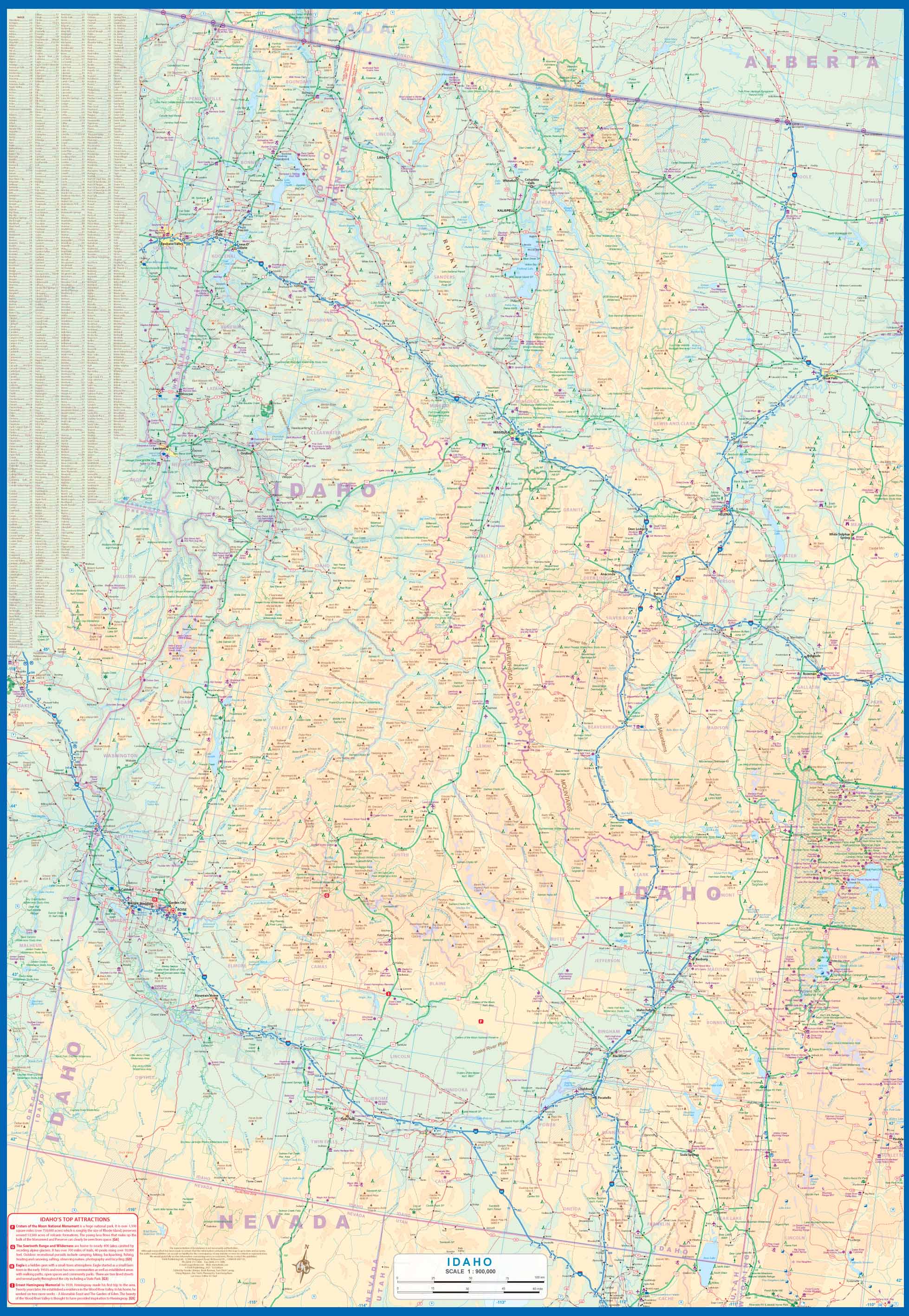