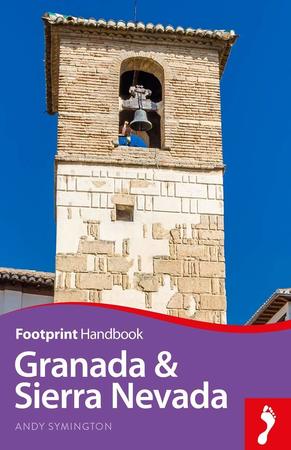 The city that became the last outpost of Moorish Spain rules over a spectacular and mountainous province encompassing remote uplands as well as the snowy Sierra Nevada and the fertile valleys of the Alpujarra. What draws visitors beyond all else is a single monument, the Alhambra. Overlooking the city is the lofty Sierra Nevada, with great hiking in summer and skiing in winter. Further south, the province has a short coastline known as the Costa Tropical, a far cry from the resorts further east and west. * Essentials section with practical advice on getting there and around. * Highlights map so you know what not to miss. * Comprehensive listings including where to eat, sleep and relax. * Detailed street maps for Granada, La Alhambra & Generalife * Slim enough to fit in your pocket. Loaded with advice and information, this concise Footprint guide will help you get the most out of Granada & the Sierra Nevada without weighing you down.

Andy Symington hails from Australia and, after much time spent prowling and working in various corners of the world, he settled in Spain, where he has now lived for several years. He is enamoured of the art, architecture, wildernesses, and tapas of Andalucia, which never ceases to offer up hitherto unknown corners to explore. Andy has extensive experience as a travel writer and is the author of several Footprint guidebooks.