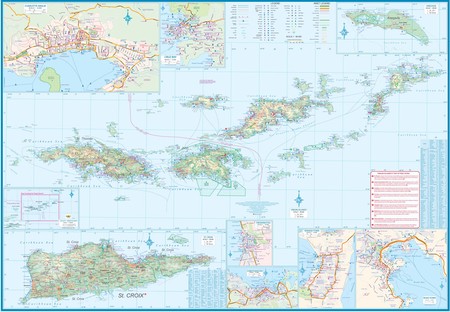 7th Edition on waterproof stone paper The American territories of Puerto Rico and the US Virgin Islands are anomalies in the modern world, neither fish nor fowl, as the saying goes. Although the residents are American citizens, they have no representation in Congress and are not allowed to vote in national elections. The lesser-known British Virgin Islands are included on this double-sided map. The BVI is still a British colony, consisting of about 20 islands, capital in Road Town (inset included). Puerto Rico is a large, rectangular island, capital by San Juan (inset included) and is a major cruise ship point of origin as well as being home to resort communities all over the main island. Ferries connect to outlying islands. The VI portion was purchased from Denmark in 1917 and retains a colonial European charm. There are three main islands – St. Croix, St. Thomas, and St. John – and the map includes inset maps of Charlotte Amalie, Cruz Bay, Christiansted, and Frederiksted. Each side of the map sheet includes a listing of top attractions. Ferry routes to the BVI are shown, as well as water connections between the islands. 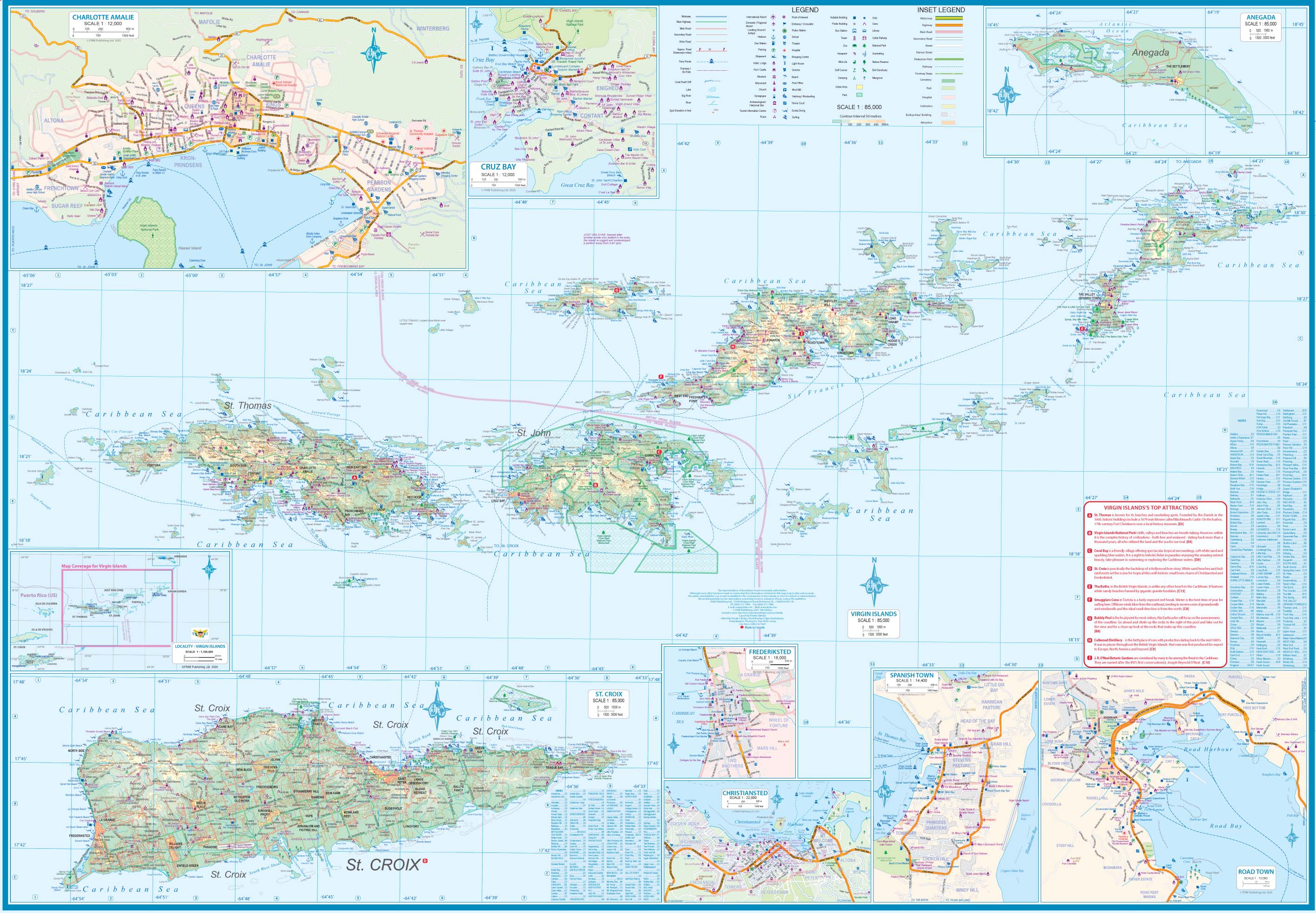