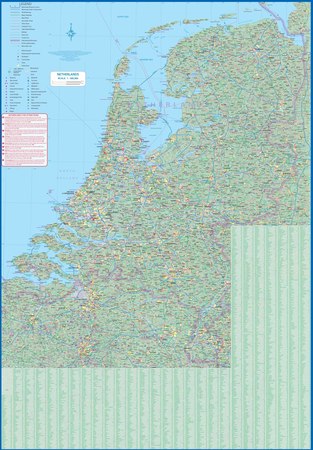 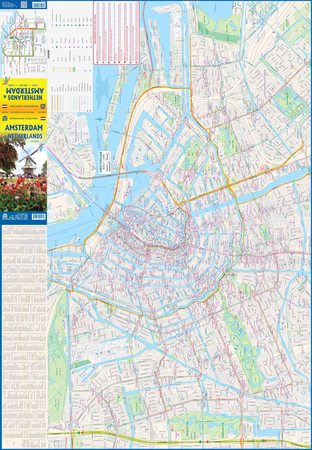 As a result of Covid-related shutdowns, we have been able to concentrate on our backlog of titles needing to be done but for which time seems to be denied. Amsterdam is such a title. The city is one of the major gateways into Europe and the touristic value is very high. The coverage goes from the Rembrandt Park in the west to the harbour in the east, and from the large Volkstuin Park in the north to below Vondels Park in the south. All the tram lines are shown, as well as rail tracks and the Metro lines, hotels, restaurants, museums, and attractions. As a bonus, we have included a list of the city’s top attractions. The reverse side contains a detailed travel map of the Netherlands. By the shape of the country, this includes a portion of northern Belgium as far south as Brussels. Due to the rather densely populated nature of the country, our ability to show historic sites and attractions has been somewhat limited, but we are doing something on this map that I’ve never seen on any other map – showing all the windmills that are so closely related to the Dutch heritage! All the motorways and main highways are shown, of course, and we have included a list of top attractions. The map is printed on waterproof stone paper for durability and is biodegradable. 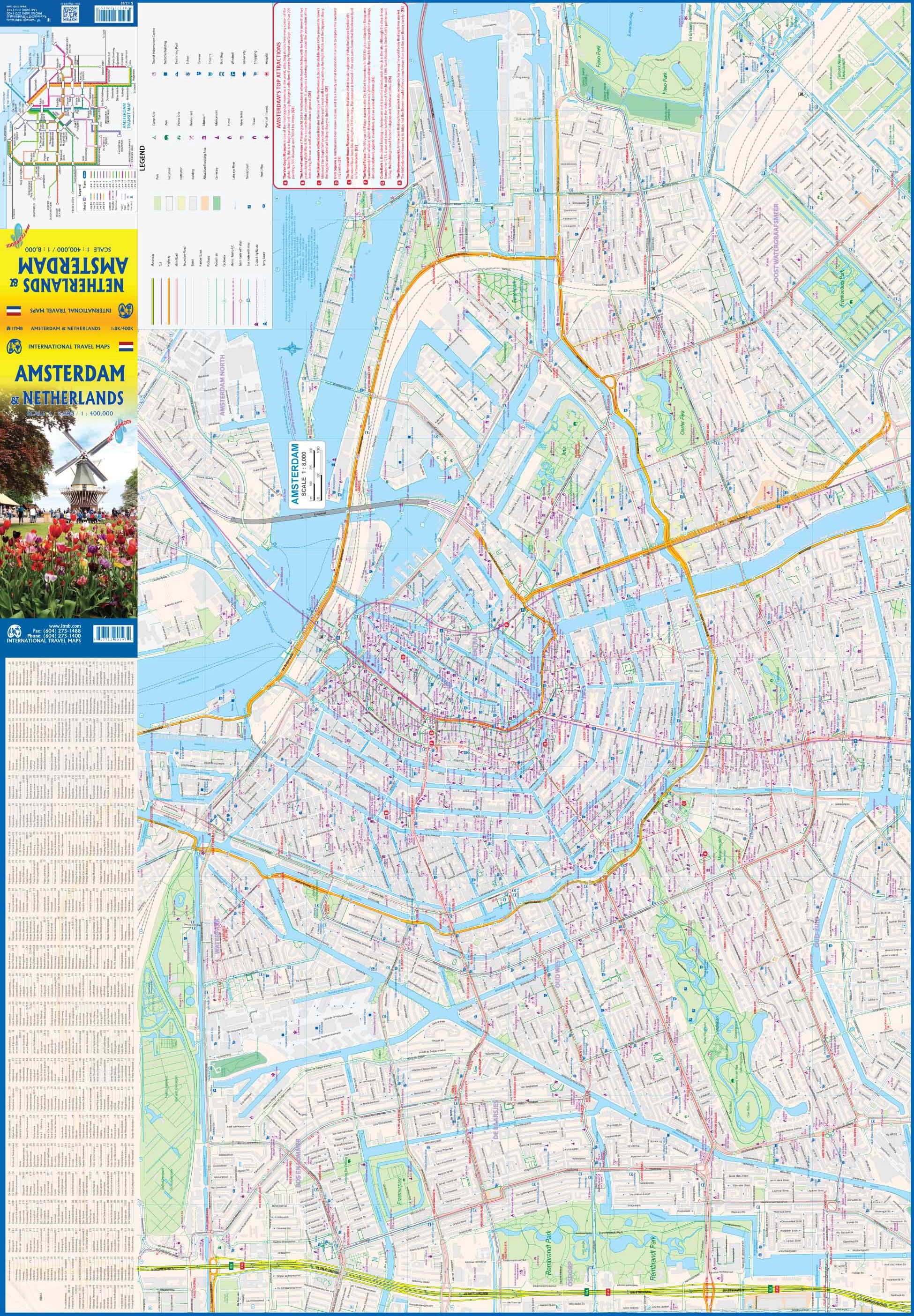 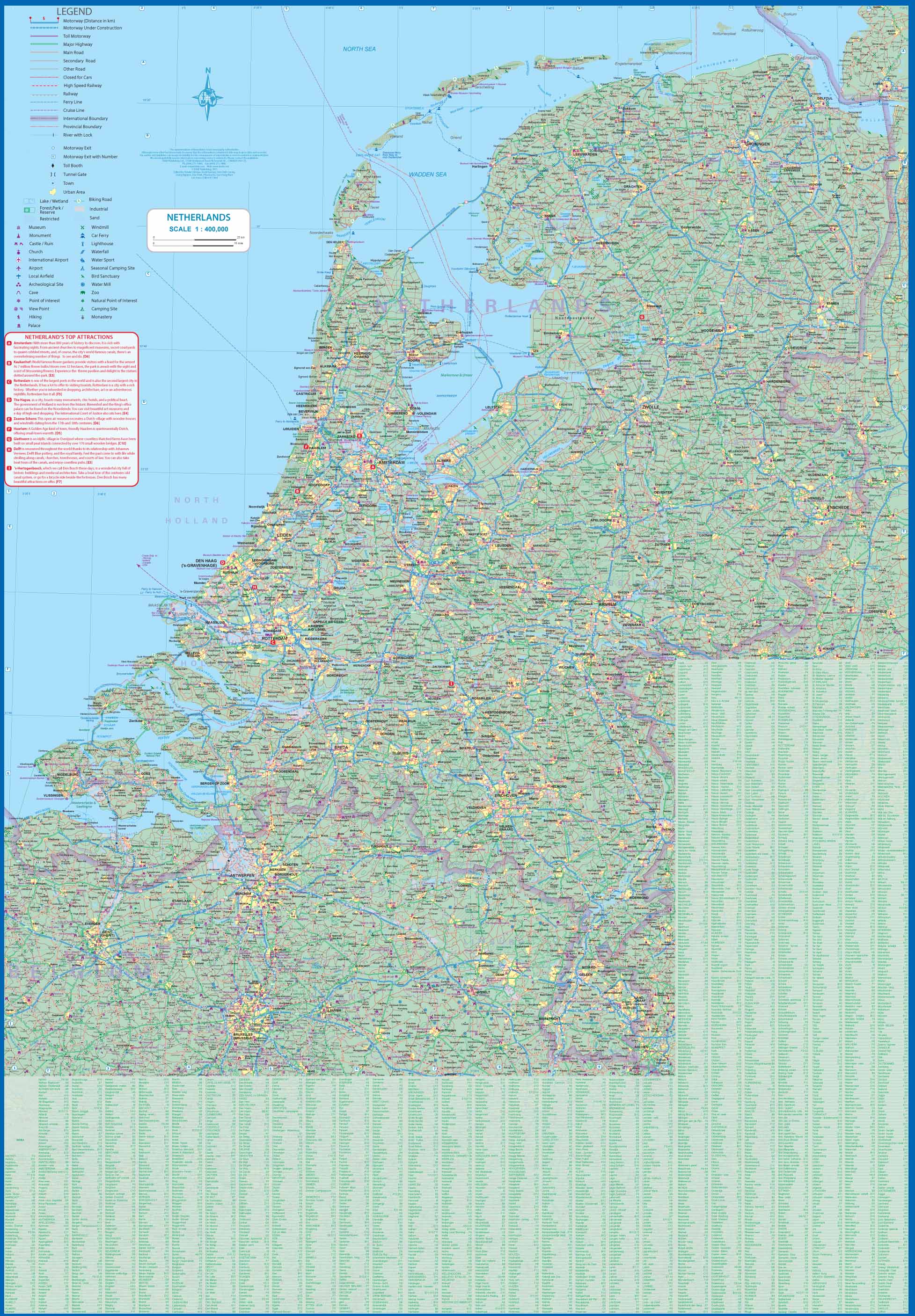