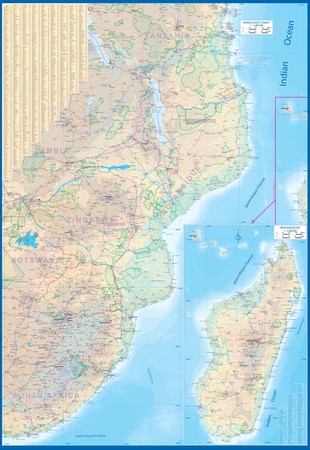 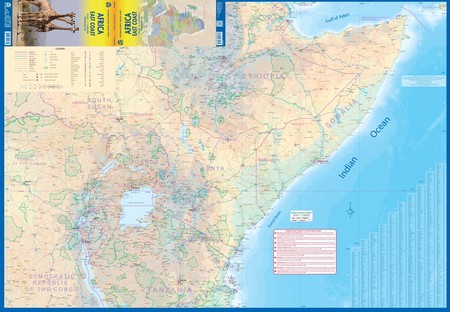 As far as I know, there has never been a map covering the entire coastline of the Indian Ocean portion of Africa, from Djibouti all the way south to Port Elizabeth, in South Africa - until now! This double-sided map encompasses a vast region, including all of Djibouti, Somalia, Kenya, Uganda, Tanzania, Rwanda, Burundi, Mozambique, Malawi, Zimbabwe, Lesotho, and Swaziland (which now prefers to be called Eswatini), as well as an inset map of Madagascar. Large portions of several other countries are included, such as South Africa and southern Ethiopia. This would be an excellent map for anyone travelling overland from Nairobi to the Cape. All road and rail routes are shown, as well as major touristic attractions, national parks and game preserves. A Top Attractions list is included, noting Ngorogoro, Kruger, Victoria Falls, and lesser-known attractions such as the Tuli Block and Sibebe Rock. 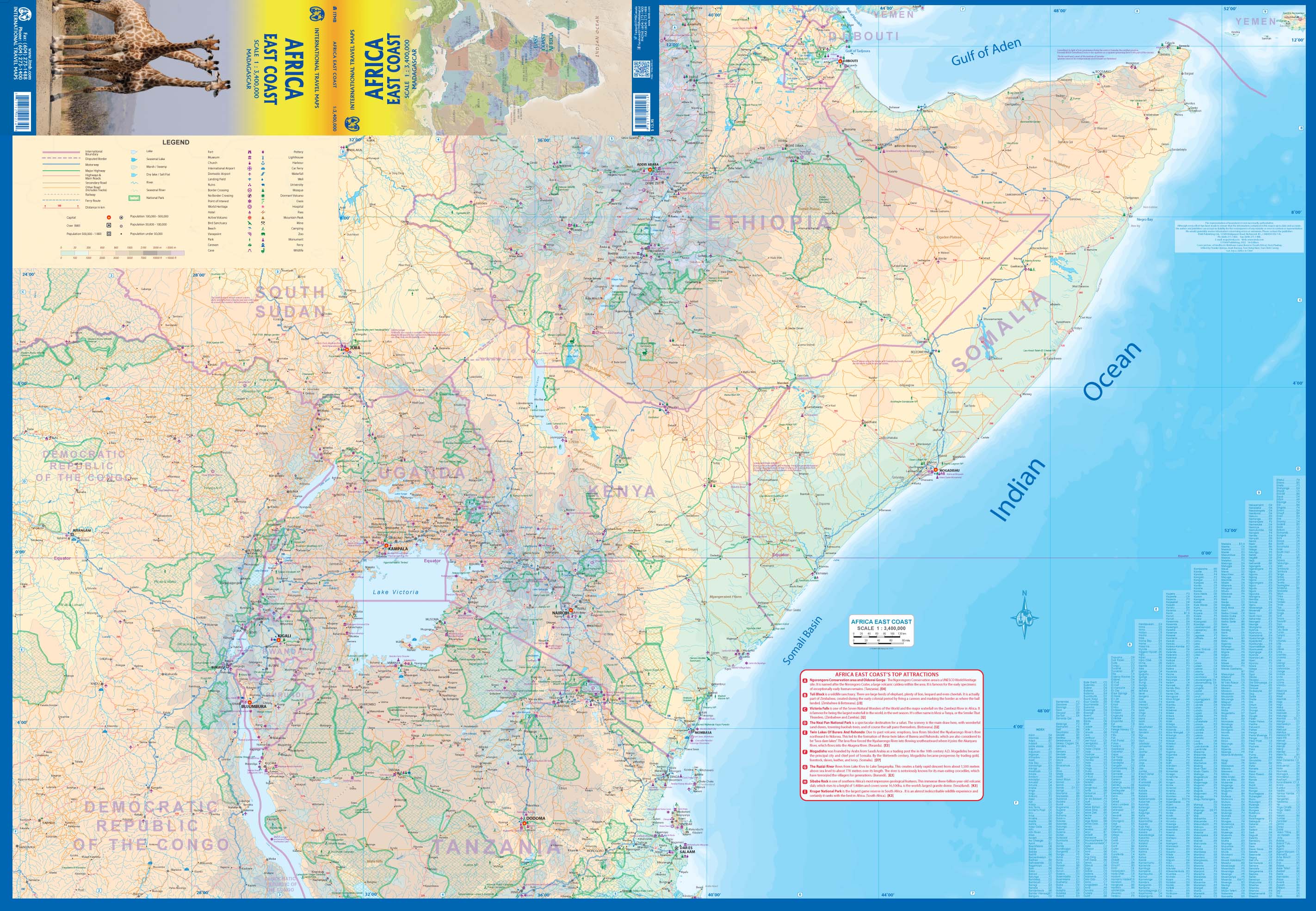 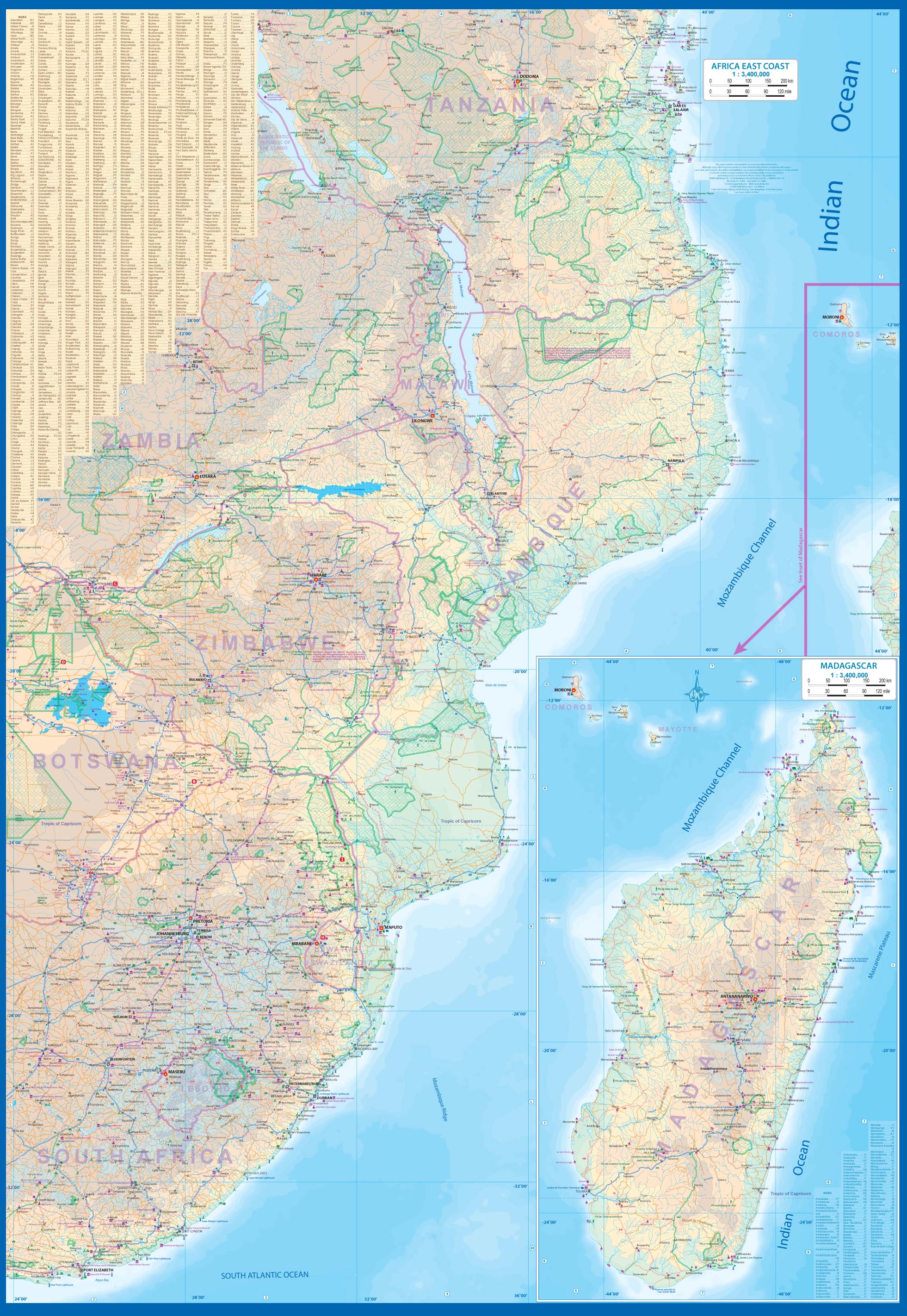