Britain’s oldest colony evolved into Canada’s newest province in 1949. The island now called Newfoundland was first settled by Norsemen exploring westward from Iceland, somewhere around 1000AD, some five centuries before some Johnny-come-lately named Columbus discovered the Caribbean. L’Anse aux Meadows can still be visited in the northern tip of the island. Bristol fishermen used the island as a base long before the first ‘explorer’ arrived in 1534. St. John’s, the capital, was founded in 1604, making it the second oldest city in North America. The island is also famous for its historic fishing villages, and as a bonus, the map includes the French territory of St. Pierre et Miquelon, which can be reached by ferry from Grand Bank. The island itself can be reached by ferries from Nova Scotia (approx. 6 hours) and from Labrador. The second side of the map shows the extremely large and remote portion of the province called Labrador. Basic road connections now join it to the island at two spots, and one can travel across Labrador from Goose Bay to Labrador City on an all-weather gravel road, with an onward link to Sept-Isles in Quebec. The rest of Labrador is accessible only by air and coastal steamer. The extreme far north of Labrador was ceded to Nunavut, which has a small community on Ungava Bay 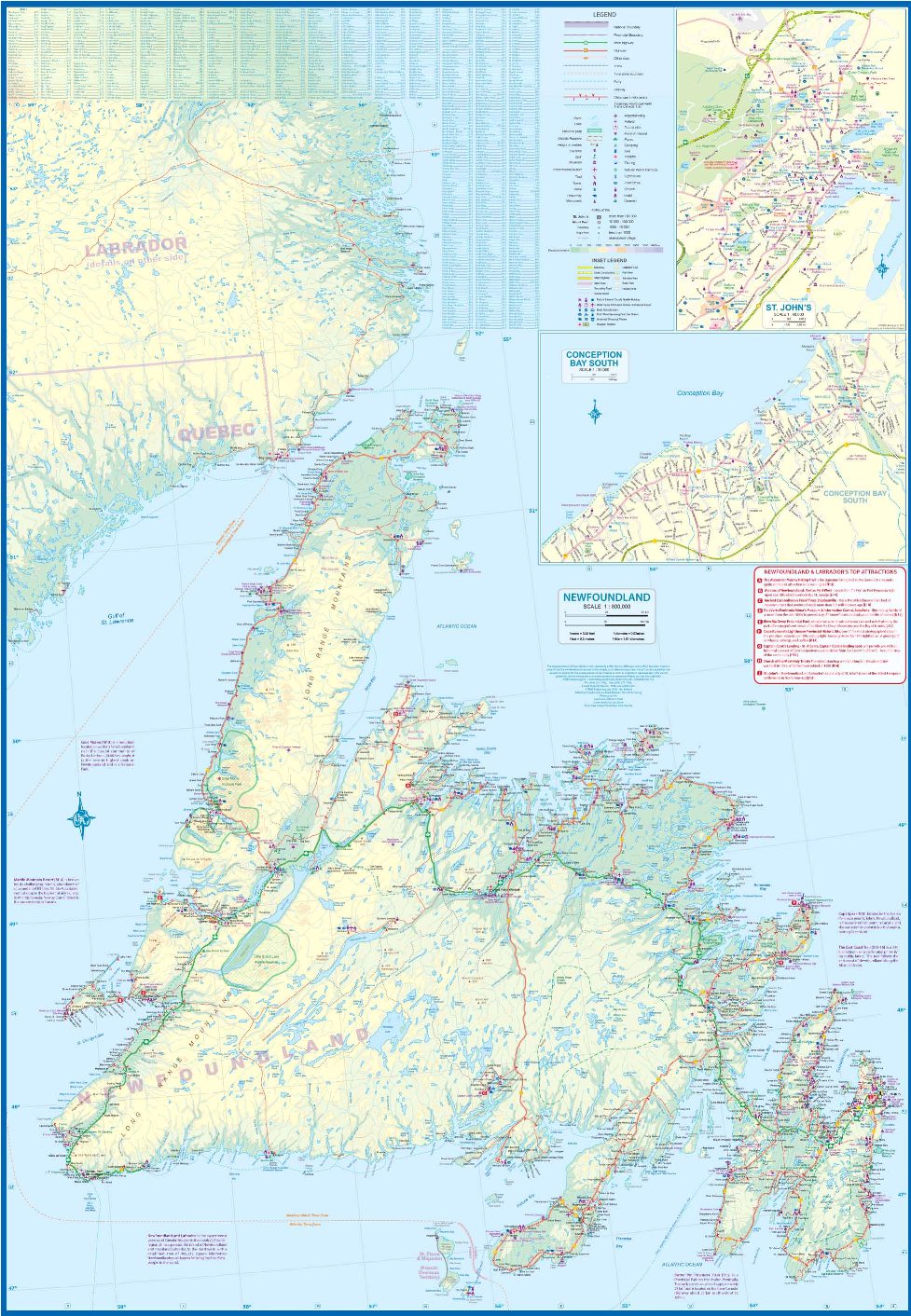