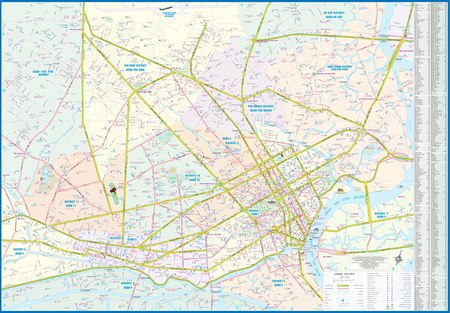 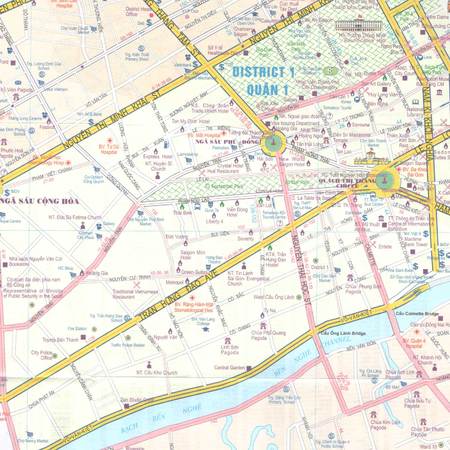 Saigon, renamed Ho Chi Minh City after 1975, is the economic powerhouse of Vietnam. The central core lies alongside the Saigon River and is the focus of most interest for visitors. The city has doubled or tripled in population since the 1970s. As a result, the city has spread far beyond its civic boundaries, known as Districts. District One contains the early town centre and French colonial architecture, and most of the hotels and restaurants. The international airport is included at the top of the page, and the motorway leading to the north is on the right. As a new feature to this popular title, we have added a detailed map of the southern portion of Vietnam to the reverse side. This includes the Mekong Delta, one of the most interesting areas of the country, the Da Lat mountainous ‘hill town’ region, the border crossings to Cambodia, the beach resorts of Nha Trang, and the historic market town of Hoi An, south of Da Nang. The map also includes inset maps of Can Tho, in the middle of the Delta, of Da Nang, and of Hoi An, as well as a detailed inset of the resort island of Phu Quoc. This is an extremely useful map for anyone touring the country – attractive, informative, and easy to use.