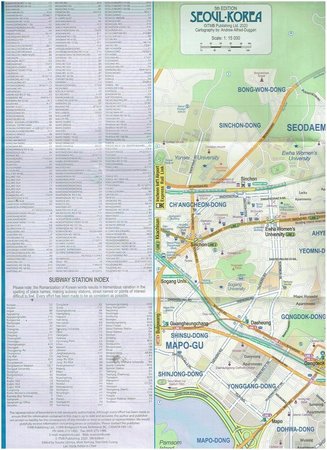 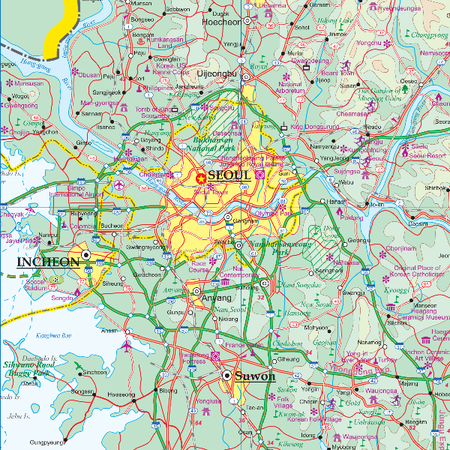 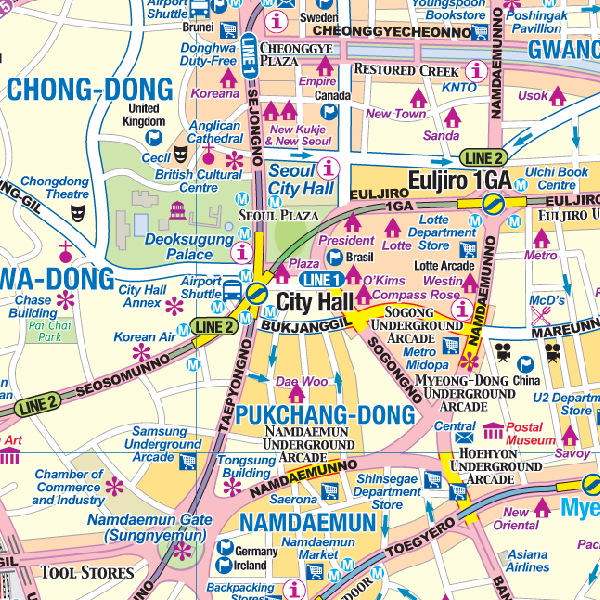 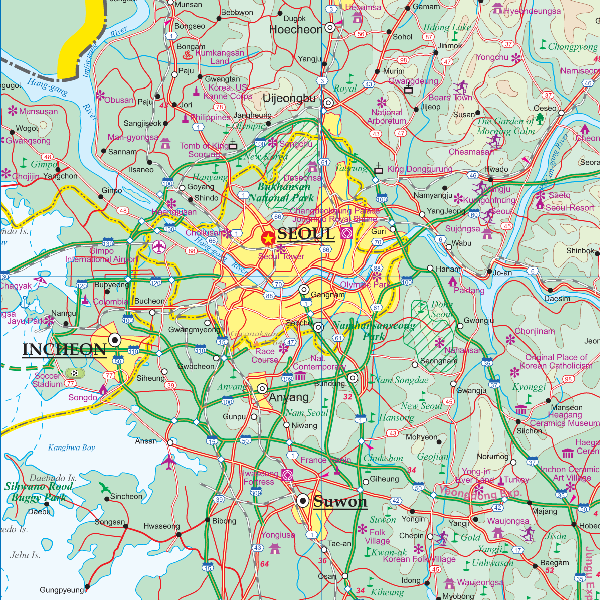 The southern portion of the Korean Peninsula is not only one of the most prosperous nations in Asia, but it is also touristically attractive. Much of the interest centers in Seoul, the capital, which has a rich cultural heritage. We have Anglicized the spelling of place names in co-operation with the Korean embassy in Canada, so all place-names are accurate, barring any accidental errors. This fifth edition covers from close to the international airport to well east of the city center, and there is a regional inset map on the same side providing details of the immediate surrounding area. The other side shows the entire country, with its extensive road and rail network shown clearly (it should be noted that non-Korean drivers need an International Driver's License in Korean to rent or drive a car). The country has a very efficient network of fast trains, making reaching any corner of the country a matter of only a few hours. We were particularly impressed by Busan (formerly Pusan), in the far south. The legend includes roads by classification, airports, points of interests, national park, UNESCO world heritage, and much more.