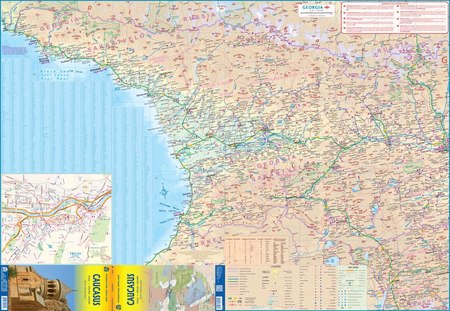 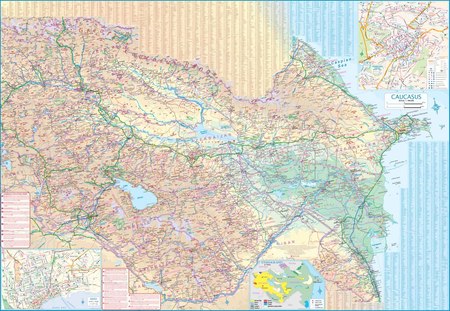 The region we call the Caucasus consists of Georgia, Armenia, and Azerbaijan squeezed between the Black Sea south of Russia and north of Turkey, east to the Caspian Sea. It is a very interesting part of the world, but politically troubled. The Georgians are European by history and culture, but is counted as being part of Asia because it falls on the 'wrong' side of the Ural Mountains. The Azerbaijani are Persian in origin, and the Armenians are caught in the middle. Russia, Turkey, and Iran all vie for influence in the region, resulting in several so-called autonomous regions. Our map includes inset maps of Tbilisi, the capital of Georgia, Baku, and Yerevan, the capital of Armenia. This is an excellent map for exploring Transcaucasia and discovering such treasures as ancient Dvin or the henge at Karahunj, which is 1,500 years older than Stonehenge.