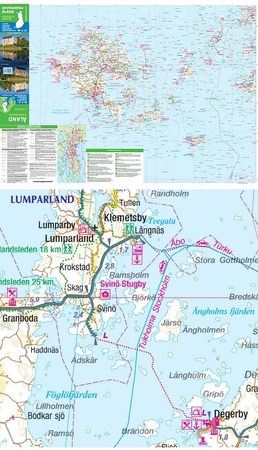 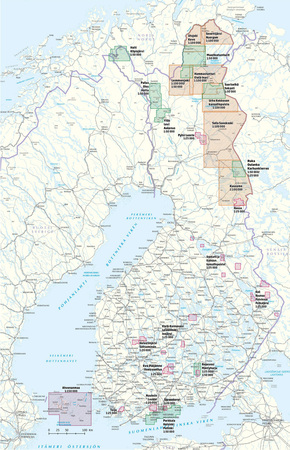 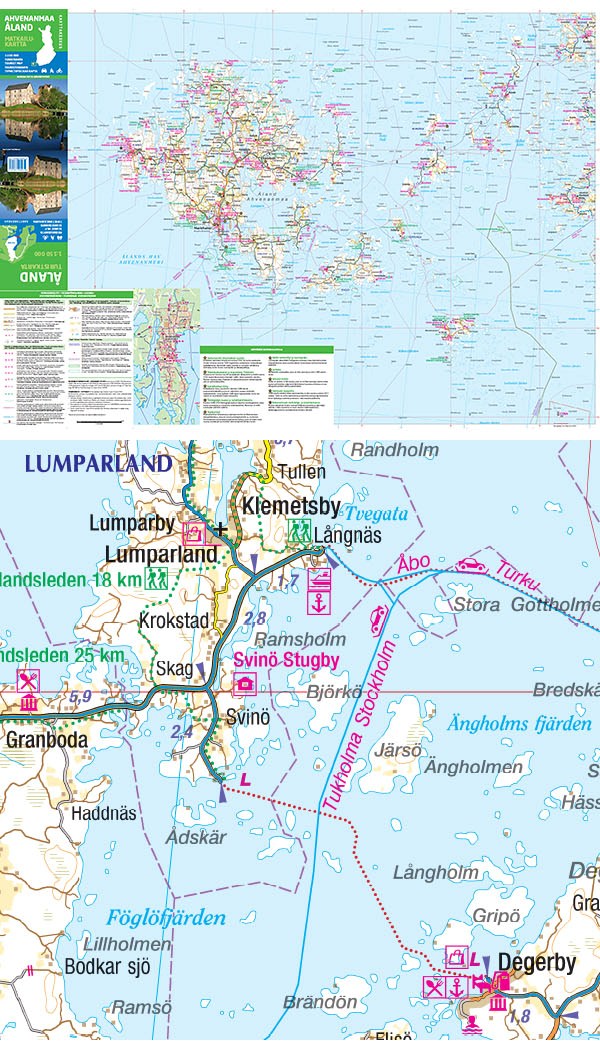 The tourist map of Åland Islands covers the entire provincial area in a scale of 1:150 000 (1cm on the map = 1.5 km of terrain), and it is ideally suited for both car and bike tourists’ use. The difference the new map has to its predecessor is that is also includes the eastern island provinces of Kumlinge, Sottunga, Kökar and Brändö in the same scale as the other municipalities of the main island of Åland. In addition, there is a city map of the centre of Mariehamn in the scale of 1:40 000 at the edge of the map.

The tourist map is based on the National Land Survey of Finland’s road map material, which has been enlarged for easier readability. A lot of interesting information for tourists and cyclists has been presented on the map, such as biking and hiking routes, attractions, accommodation, restaurants, museums, visitor ports and the routes of connecting vessels.

A new addition to the map is the fact that ten attractions in the area have been marked and they have been described in a few sentences at the edge of the map. This aims to offer the area’s best experiences to map users, who are less familiar with the area.

The map is bilingual (Finnish and Swedish) and includes a map legend in English, German and Russian.