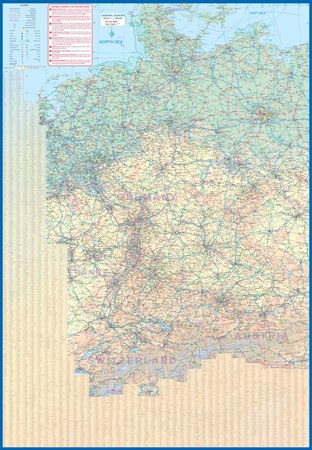 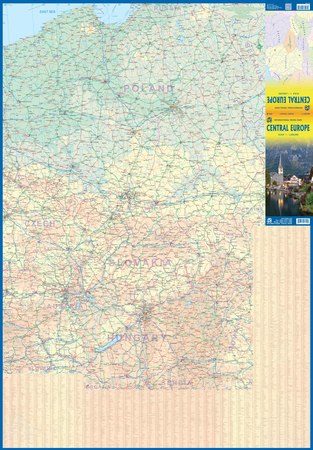 Europe is fairly big, and densely populated. A map of all of Europe is useful, but at a scale that limits our ability to show information. As a result, last year we published a map of Western Europe. Now, we are pleased to extend our more detailed coverage of the continent with a map covering the Central European countries of Germany, Austria, Poland, Czech Republic, Hungary, Slovakia, and Switzerland, with portions of France, Belarus, Serbia, and Romania. A third map, covering eastern European countries, will be released soon, providing detailed regional coverage of the continent in a way that we hope is pleasing. Germany occupies most of the first side, and Poland the other, with Czech and Slovakia divided between the two sides, and Slovakia/Hungary filling the rest of side 2. This is a regional map, showing rail lines as well and roads, airports, and major touristic attractions. A listing of the region’s top attractions is included. This map will appeal to those visiting several countries on one trip, by rail or road. 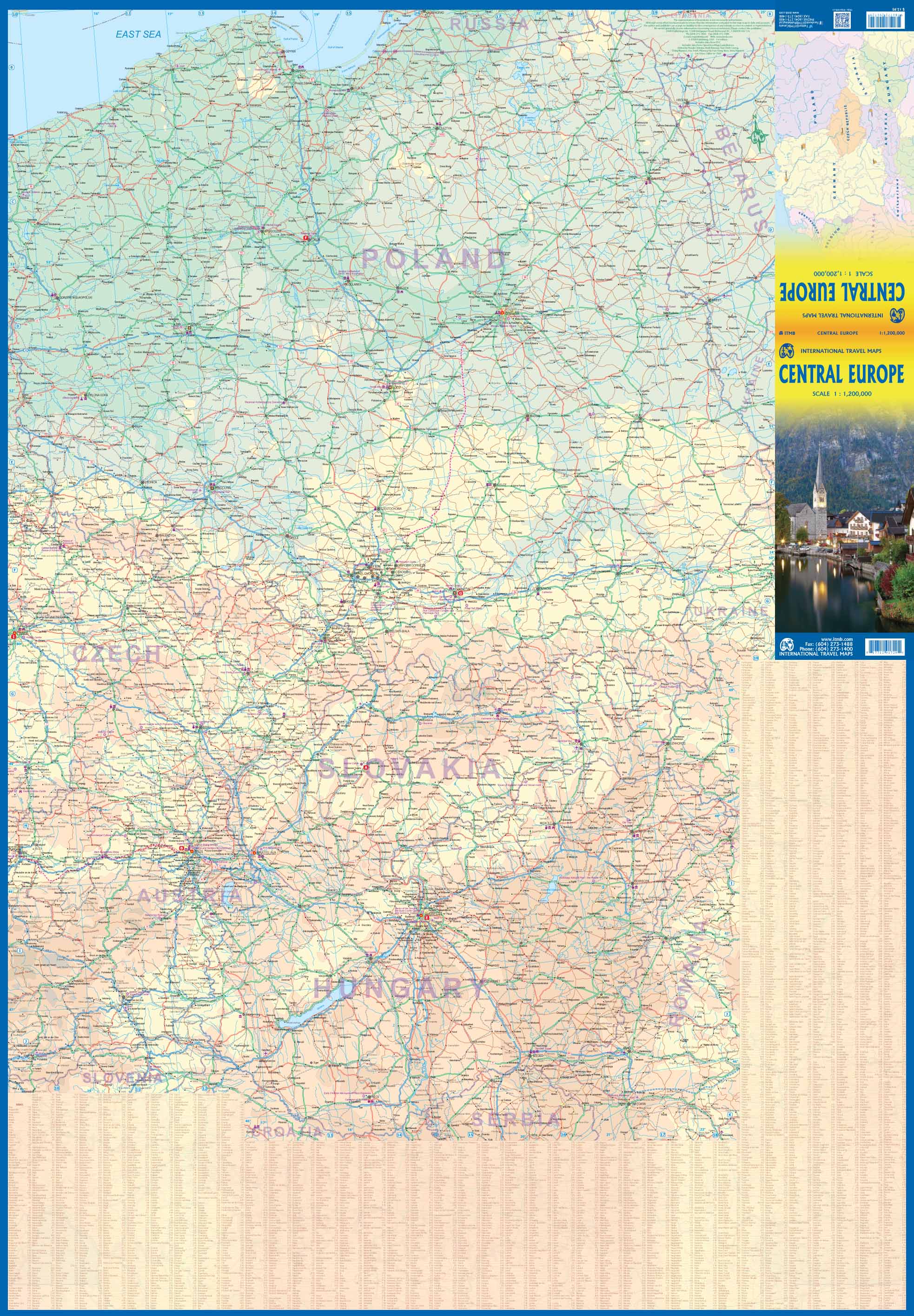 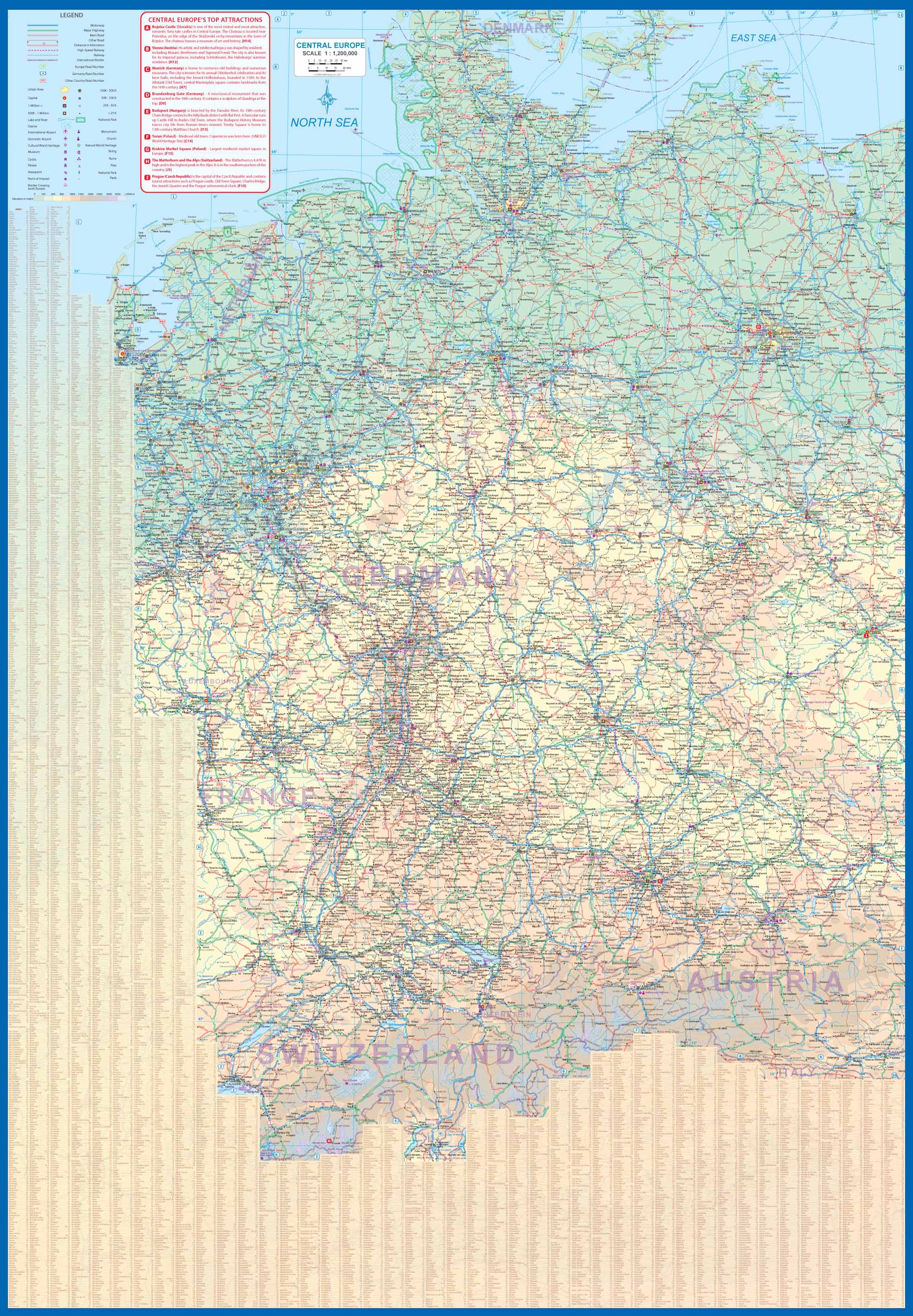