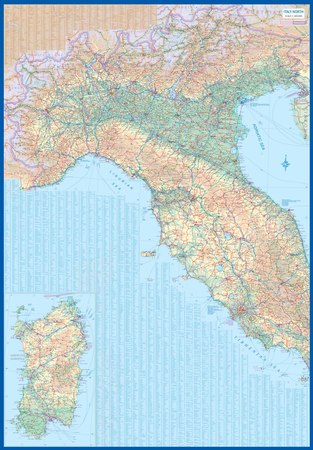 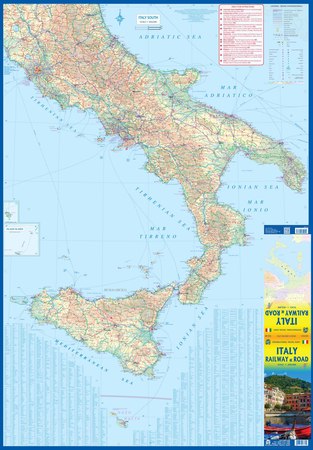 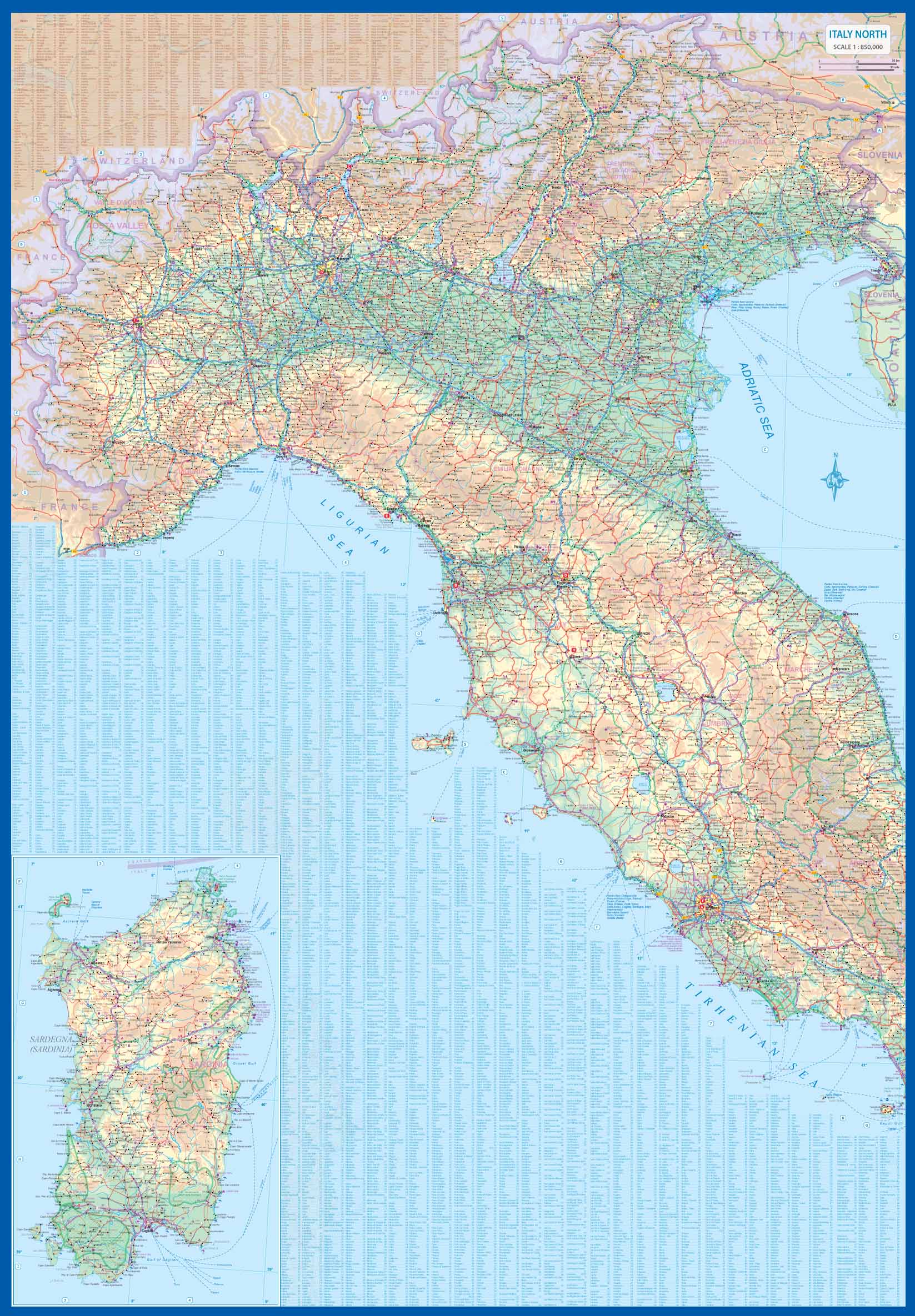 Although we have provided a map for Italy in the past, it was done under licence, using another firm's artwork under our cover. This firm is no longer providing artwork, so we have produced original artwork covering Italy, which we introduce with this version. In this sense, this is a brand new title for ITMB, but of a destination we have covered for years. We have also printed it on durable waterproof paper for increased durability. The north half of the country is on one side of the sheet, along with a large inset of Sardinia. The southern portion, with a reasonable overlap of the Rome area on both sides, covers Italy to its southern tip, including Sicily. The map shows the country in good detail, noting motorways in existence and under construction, all main roads, and hundreds of cities and towns. Major touristic attractions, larger parks, ferry routes, railways, and off-lying islands are included, as well as hypsometric coloring to indicate mountainous areas. As a map of the country, this version is very good. Italy is a very densely populated part of Europe, and it is not possible to include the amount of detail on a map of the country as would be possible on a more detailed sectional map, so ITMB includes separate maps of Rome and region, Venice and region, and Sicily in greater detail and at better scales. We will be creating fresh artwork covering other segments of Italy as time passes. As with other European country maps, we are placing increased importance on showing the railway lines of Italy, to reflect increased tourism options via rail. Italy, in conjunction with other EU countries, is improving its train network. 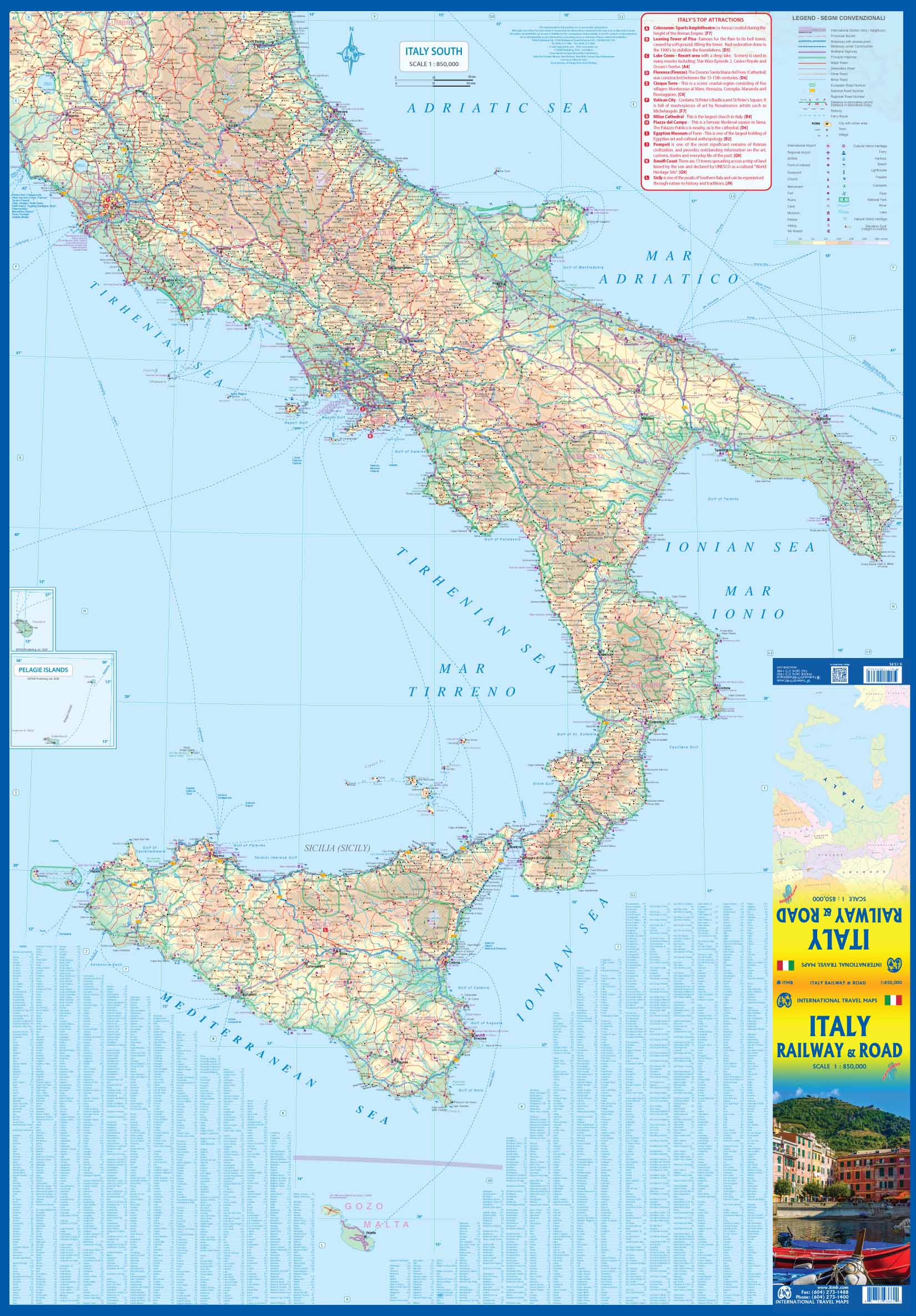